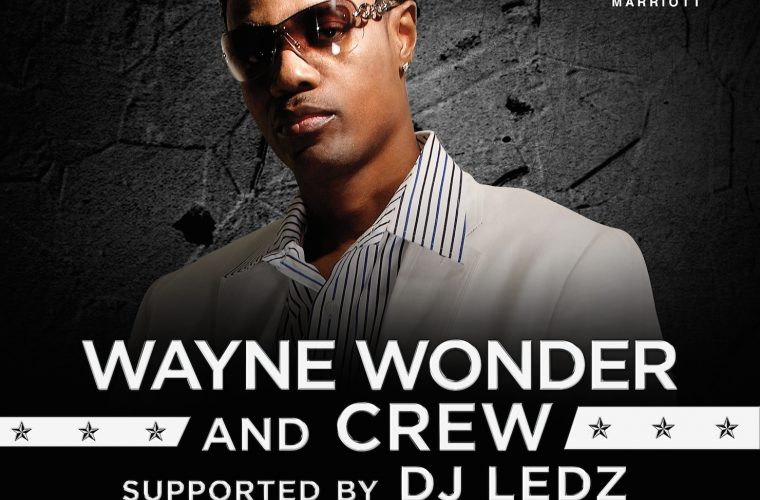 Performing Hit Singles: No Letting Go, Hold Me Now, Bounce Along + much more ...

Around 1989, Wayne began collaborating with his childhood friend Dave Kelly. At the time, Kelly was an engineer for Donovan Germaine’s Penthouse Records, the label synonymous with Dancehall Reggae hits of the late 80s/early 90s. Together Wayne and Dave created a steady stream of successful Penthouse tunes including “I’m Only Human,” “Baby You and I” and “Saddest Day” (which Wayne re-recorded in combination with Foxy Brown on her 2001 Def Jam Records Broken Silence CD). Wayne became well known for his 1991 cover version of the late Jamaican singer Delroy Wilson’s “I Don t Know Why” re-titled “Movie Star.” The same song in combination with Buju Banton (whom Wayne brought to Penthouse Records) “Bonafide Love” proved to be a huge success as well, remaining a heavily requested tune even today.

Wayne recorded many hits for Madhouse spanning the mid to late 90s, including “Joyride,” “Bashment Gal,” and “Keep Them Coming.” Wayne launched his own record label Singso in 2000 and has released singles by several artists including Baby Cham, Alley Cat, Frankie Sly, and Mr. Easy.

In 2002, Wayne earned the first #1 hit of his career pledging a lifetime of devotion on the sweetly romantic hit “No Letting Go.” Steve “Lenky” Marsden, the multitalented musician and producer, whose hypnotic Diwali rhythm track supports Wayne’s sweet serenading on “No Letting Go” is one of the featured producers on the album, along with heavy hitters Tony Kelly and Sly Dunbar.

Much of the pre-production work was done in Wayne’s home studio in the US, as well as recording tracks in Jamaica. Wayne wrote or co-wrote all of the songs on No Holding Back and the album featured the same superlative vocal and songwriting standards his fans have come to expect from him over the years. Wonder’s career exploded globally in 2003 when his album No Holding Back and the single “No Letting Go” were released on the major label, Atlantic Records. The smooth single dominated Urban and Pop radio (reaching #11 on the Billboard Hot 100 Pop chart) in America and the album, No Holding Back received a Grammy nomination for Best Reggae Album, a MOBO Award in the UK, three BMI Urban awards, and a live performance on NBC Television’s “Saturday Night Live.” The follow-up single and video “Bounce Along” reached #12 on the UK pop charts.

His inspired version of “Hold Me Now” (originally recorded by the Thompson Twins) appeared on the 2004′s successful 50 First Dates (starring Adam Sandler / Drew Barrymore) movie soundtrack and was produced by No Doubt’s Tony Kanal with a video directed by Gil Green for Madonna’s Maverick Records label. Wayne also anchored the hit track “Anything Goes” (w/ CNN: Capone & N.O.R.E and Lexxus) for the Def Jamaica compilation which received a Grammy nomination for Best Reggae Album. These songs among so many of Wayne’s bonafide hits were crowd favorites as he headlined an extensive world tour with his Entourage Band in 2004-05 performing in N. America, the Caribbean, Europe, Asia, and Africa

Jamrock has become one of the most successful club nights of the week in Dubai. Not only does this event bring the West Indian vibe across the waters for all to experience, Jamrock is also the first club night that consistently brings top local & international DJ’s to the set, as well as named Reggae, Soca, and Dance Hall artists to perform in the Middle East like:

After more than a year in Dubai and now almost 6 months in Abu Dhabi once a month, JAMROCK Middle East comes to DOHA.

JAMROCK DOHA will be held once every month and will feature International DJs and Artist.