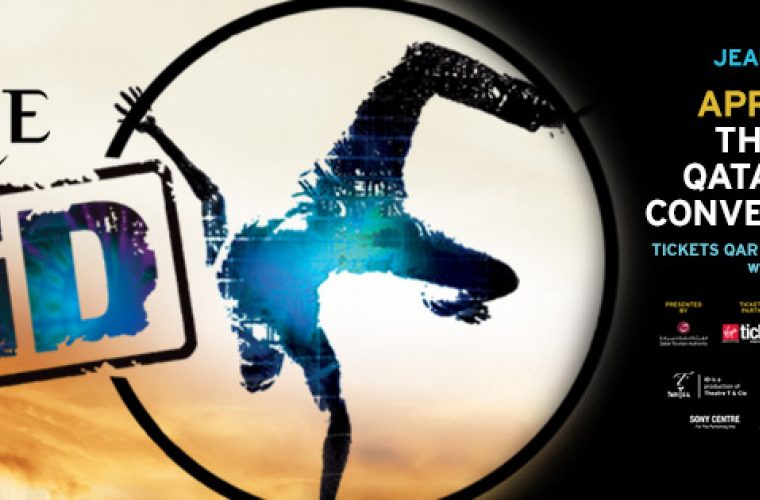 The show’s Director, Jeannot Painchaud says, “It is with great pleasure that we bring this urban tale, filled with color, passion and energy to Doha for the very first time. In keeping with the company’s tradition, with iD we’ve again combined different art forms – this time urban dances – to infuse their energy and edginess to the acrobatic performances. Now imagine two rival gangs, sharing a public place at the heart of a city, and seeking to express their iDentity and inDividuality, and you have iD.”

Since iD began touring in 2010, it received rave reviews from the public and critics alike. The Toronto Star wrote “You’re not going to find a more energetic, mind-blowing, roof raising piece of entertainment than iD”, while The Boston Globe said “Astonishing! A truly memorable evening with propulsive music and explosive dancing!” To put it simply, the Montreal Gazette described it as “West Side story gone hip hop circus”, the Miami Herald defined it as “Jaw-dropping entertainment! An eloquent testament to imagination, artistry and the child within us all!” and The Stage in the UK wrote, “Such exquisite artistry that you can only gaze in wonder” and The Telegraph described it as, “A dangerously beautiful spectacle”.

Cirque Éloize’s iD is directed by Jeannot Painchaud. The set design, illustrations and video projections were created by Robert Massicotte in collaboration with Alexis Laurence. The music was composed by Jean-Phi Goncalves and Alex McMahon, while the lighting is by Nicolas Descoteaux. Krzysztof Soroczynski acted as show acrobatic designer and head-trainer. iD also includes an artistic contribution from Mourad Merzouki.

Since the founding of the company in 1993, Cirque Éloize has been expressing its innovative nature through theatricality and humanity. By combining circus arts with theater, dance and music in an original manner it has positioned itself at the heart of the renewal of circus arts. With ten original productions to its credit, Cirque Éloize has presented more than 4,000 performances in 440 cities, in some 40 countries around the world. The company has also been presented in international festivals around the world and has won numerous awards including 12 medals and prizes at the Festival Mondial du Cirque de Demain in Paris. In addition to its touring shows, Cirque Éloize develops custom made concepts for international special events. To date, more than such 1,300 events have taken place. Cirque Éloize currently has two shows on tour: iD and CIRKOPOLIS. For more information about the company, please visit cirque-eloize.com.