Portugal proceeds to the quarter-finals, beats Switzerland in the round of 16 match 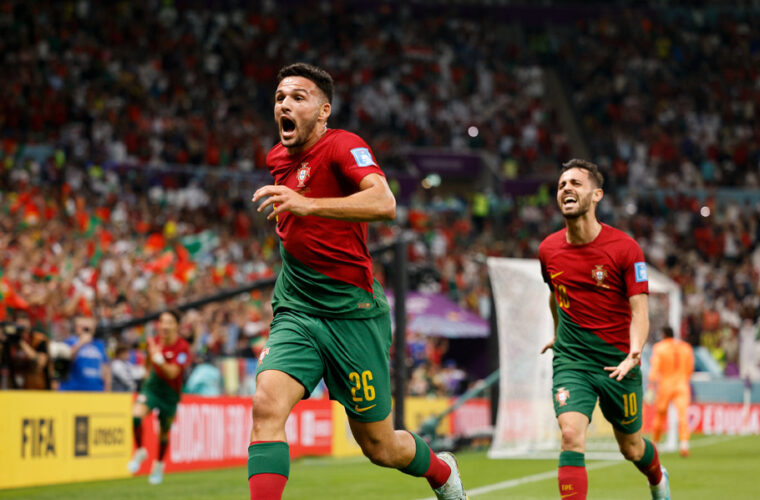 Portugal beat Switzerland in the Round of 16 match at the Lusail Stadium on 6 December. The final score of the match is 6-1 in favour of Portugal. Portugal will proceed to the quarter-finals where the team will play against Morocco.

A perfect night for Portugal!

The Round of 16 comes to a close. It's time for the Quarter-Finals 👀 #FIFAWorldCup | @adidasfootball

Portugal had its first goal 17 minutes into the game, thanks to the team's striker, Gonçalo Ramos. It was then followed by Portugal's defender, Pepe, as assisted by Bruno Fernandes from a corner swing. The first half of the match ended with Portugal scoring 2 points over Switzerland's zero.

The second half of the match saw intense play from Portugal, just like the first half. At 51 minutes, Gonçalo Ramos strikes his second goal for Portugal, bringing the match score to 3-0. In just 3 minutes, defender Raphaël Guerreiro scored the fourth goal for the team.

Switzerland fights back and scores their first goal at the 58th-minute mark. Swiss defender Manuel Akanji's goal became the team's sole goal of the match.

Portugal did not settle for just 4 points as Gonçalo Ramos scored a 5th for the team at 67 minutes - a hat-trick goal for Ramos. 2 minutes past the full-time, Portugal's Rafael Leão was able to score the 6th point of the match. Bringing a solid victory for Portugal.

Portugal will proceed to the quarter-finals and will be playing against Morocco.