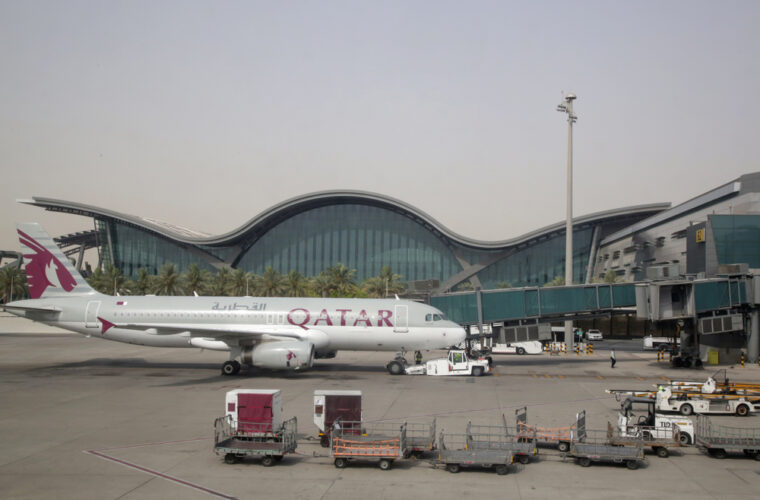 As per a report on The Peninsula, as per the official Mohammed Al Asmakh from Qatar Air Traffic Control Center, "the new airspace design has increased the flight handling capacity of Qatar’s airports significantly, enabling them to handle 100 flights per hour during the FIFA World Cup Qatar 2022".

As per the report, speaking about the Air Traffic Flow Management in coordination with neighbouring countries, "the number of air traffic controllers has been increased to 160 people, who underwent intensive training programmes to improve their capability to work with a modernised system.”

Equipment such as simulators will serve the surveillance tower and Doha Flight Information Region (FIR) helping air traffic controllers to improve their performance, making them fully ready for the World Cup and beyond.