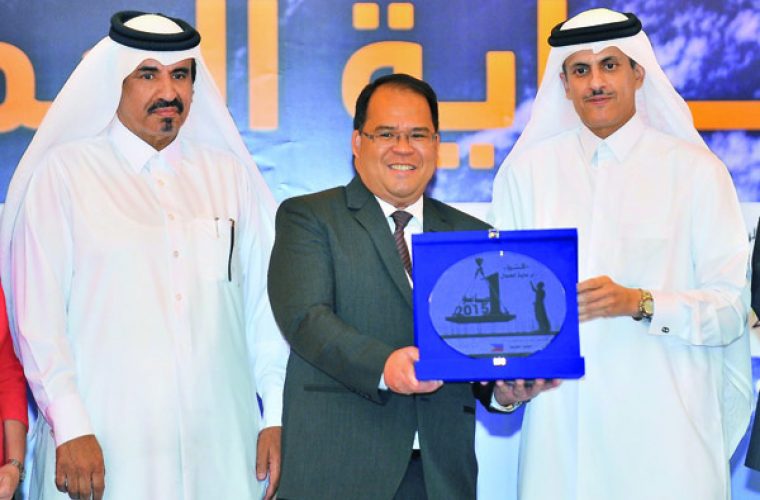 The Filipino community in Qatar was honoured with the “Best Community Award” at the Labour Welfare Awards 2015 held on the sidelines of the third annual Labor Rights Protection Conference held yesterday at The St Regis Doha.

The Filipino community was chosen to receive the accolade for being one of the most organised communities working within a structured and dynamic framework to support its members through various initiatives, for its constant communication and cooperation with authorities in the state and for its active participation in various national events, among other reasons.

“On behalf of the Filipino community in Qatar, I am very much honoured to receive the “Best Community Award” during the opening ceremony of the Labor Rights Protection Conference held today at the St Regis Hotel,” said Ambassador Santos.

“This award is a testament to the smooth coordination between the Filipino community, the Embassy, including POLO-OWWA, and other stakeholders. Being the third largest expatriate community in Qatar, there is a huge responsibility among us to be productive members of our host country. This award then is recognition of that group effort. Thank you to the organizers and board of judges and mabuhay to our kababayans,” he said.

The awards ceremony which was held at the opening of the conference was the first of its kind organised by Dar Al Sharq coinciding with the International Workers’ Day celebration.