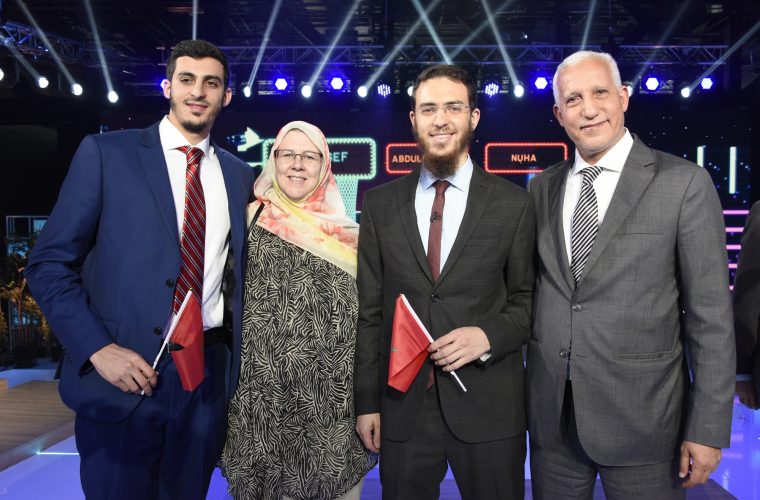 After months spent building, testing, and developing an innovative technology, Youssef El Azouzi was announced the Arab world’s top innovator in the Grand Final of Stars of Science Season 11. Through a combination of technical expertise and a keen business acumen, the 27-year-old Moroccan doctor won over the jury and the public.

Fans of the show tuned in to support the three finalists and joined them as they anxiously awaited the results. The finalists’ scores were calculated by combining the expert jury’s vote and the online public vote.

Youssef could barely contain his excitement as Khalid Al Jumaily, host of Stars of Science, announced that his Flow Modulator Stent received the highest points, earning a total of 93.8 points and securing the prize of $300,000. His invention aims to help congestive heart failure patients around the world by ensuring efficient blood flow through the heart.

“I am stunned. To be given the opportunity to save lives is a blessing. Thank you to every single individual that has believed in me through this journey. I can wholeheartedly say this is just the beginning,” said Youssef.

“My family supported me and my idea from the very beginning, and my mother even became my project’s very first investor. I would like to give a special thanks to them and also to Stars of Science because they believed in me and have changed my life.”

Qatari engineer, Abdulrahman Saleh Khamis, came in third with a total of 40.3 points for his Interactive Educational Prayer Carpet, a product that aids Muslim children and those recently converted to Islam around the world learn their prayers. He received a $100,000 award to continue developing his invention.

This season, the contestants competed in one large group through every elimination round, while working on their inventions in a shared innovation space, fostering a collaborative environment that facilitated an exchange of ideas and knowledge.

Mayan Zebeib, Chief Communications Officer, Qatar Foundation, said: “Stars of Science encourages innovators to pursue technical and scientific excellence. Each year, the contestants continue to amaze audiences with ideas and inventions that exhibit a steadfast dedication to addressing problems specific to the local community and beyond.

“This year’s participants join an accomplished community of entrepreneurs, researchers, scientists, and innovators that have gone on to make their mark in the world. We congratulate Youssef on his incredible achievement, and look forward to following the whole group’s successes in the future.”

Arab youth worldwide who feel they have an idea that can improve the lives of their own communities and those around the globe are encouraged to apply for a chance to embark on their own innovation journey on Season 12 of Stars of Science.

Online applications will close on December 31, 2019, and applications should be submitted through the official Stars of Science website at www.starsofscience.com.