Your guide to the 2018 Qatar ExxonMobil Open 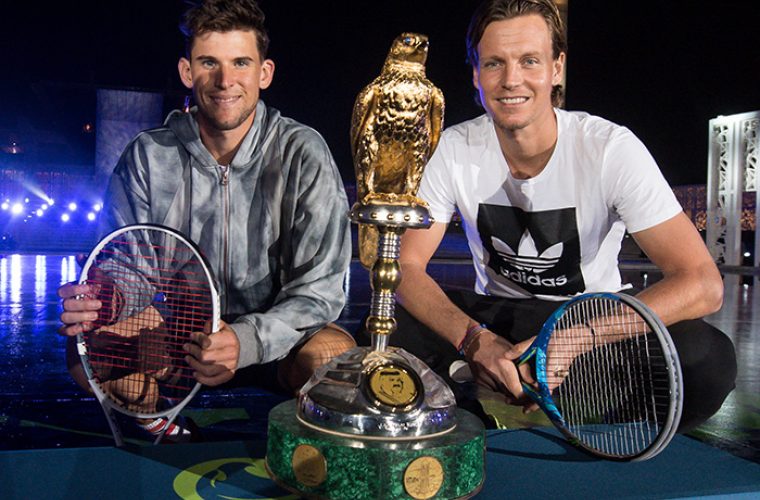 The 2018 Qatar ExxonMobil Open (QEMO), marks the start of the ATP World Tour, bringing together the world’s best tennis stars to Doha. This year’s tournament runs from January 1-6 and will be played on outdoor hard courts, as the 26th edition promises a top-notch and exciting Qatar Open like never before, according to Tournament Director Karim Alami.

Tennis is widely played in Qatar and is quickly becoming one of the nation’s preferred sports. The Qatar Tennis Federation – the official governing body of QEMO – has always been dedicated to providing young Qatari players the best resources and opportunities available to reach their maximum potential and compete in renowned tennis tournaments locally, regionally, and internationally, making the annual Qatar Open a grand event to look forward to for both sports fans and enthusiasts.

Hosting the QEMO once again is the home of tennis in Qatar – the state-of-the-art Khalifa International Tennis and Squash Complex.

For the ATP World Tour season opener, a draw was made on Saturday evening, December 30, 2017, followed by a spectacular tennis duel between world number five, Austrian Dominic Thiem, and famous Czech player Tomas Berdych the next day on Sunday, December 31, 2017. The pre-tournament event was part of a promotional event for QEMO ahead of the main qualifiers.

The two tennis heavyweights are seeded players at this week’s QEMO, where a 32-man field will attempt to win the 250-point ATP Tour tournament.

Here's a rough schedule for the 6-day tournament courtesy of beIN Sports:

(Disclaimer: Please be advised that the timings are subject to change.)

Just recently, defending former world number one Novak Djokovic announced that he had to withdraw from the tournament due to elbow pain, putting Thiem as the number one seed in the competition.

Britain’s ex-number one Andy Murray is also missing being on the unwell list.

For spectators, family-related activities, entertainment booths, and food stalls will be strategically scattered throughout the venue and Spectators and VIP Village to make sure that guests get the most of their 2018 QEMO experience.

Match tickets are available on-site at the venue ticket booth, or online at qtf.tickets4tennis.com starting from QR 25-QR 400.

Who are you rooting for at this year’s 2018 Qatar ExxonMobil Open? Drop us a line and tell us in the comments below and don’t forget to like and share this article!