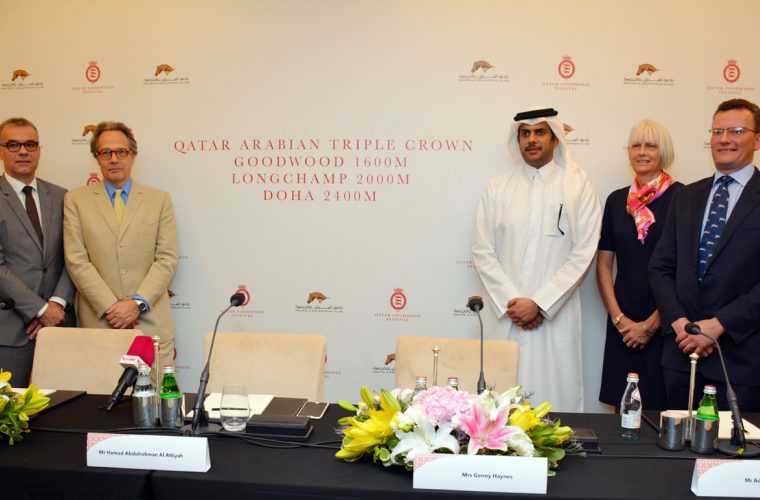 In a joint press conference attended by British and French organizers, Mr. Hamad Al Attiyah President of the Qatar Equestrian Federation outlined the details of the prestigious purebred horse race.

Those attending the press conference were Lord Charles March, the Chairman of Goodwood Group, Mr. Adam Waterworth Managing Director of Goodwood, Mr. Jean Christophe Giletta General Director of Communication, Marketing and Development at France Galop and Ms.Genny Haynes, the Chairman of the Arabian Racing Organization in the UK.