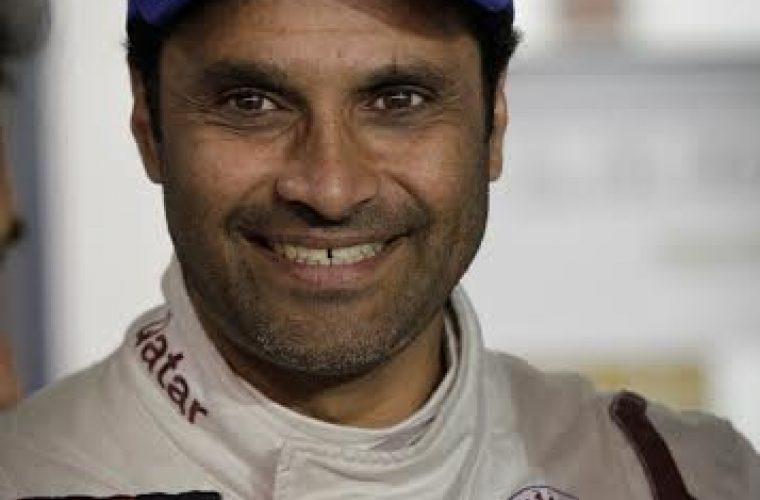 After a solid showing in his first ever outing in the Porsche GT3 Cup Challenge Middle East last month, Qatar racing star Nasser bin Saleh Al Attiyah, is looking to Dubai as his next hunting ground for motorsporting silverware.

Making his debut in front of thousands of local fans at Losail International Circuit in Round 4 in January, the all-round sporting hero Al Attiyah delivered an admirable performance to secure first place in the Silver Michelin category and is now hoping the UAE round will act as a springboard to further success before the end of the season.

Driving for Team QMMF (Qatar Motor & Motorcycling Federation), the previous Qatar round was the first time Al Attiyah had ever raced in the new Porsche GT3 Cup Car which his competitors have become accustomed to over the past few months. Speaking ahead of the Dubai round Al Attiyah said: “It’s been great chatting with the other drivers and I’m trying to soak up as much of their knowledge as I can since they have a definite headstart on me in terms of experience with this particular car and format. The Dubai Autodrome has a great reputation for providing excellent racing conditions and a fair amount of dramatic action so I am very much looking forward to getting out there and getting right in amongst the action.”

Round 5 of the Porsche GT3 Cup Challenge could be the most defining of the season with Al Nabooda’s Clemens Schmid 39 points ahead of his nearest rival, Zaid Ashkanani of Kuwait. Schmid has won 6 of the season’s 8 races with Ashkanani getting the better of him in Race 2 of the previous Dubai round. With drivers and team titles potentially up for grabs this weekend the racing is set to be the tightest and most tense yet, a hostile but exciting battleground for Qatar’s Al Attiyah: “There is no doubting the experience of these guys in the Porsche GT3 Cup Challenge Middle East but I have to back my experience across different racing environments and even different sports.”

He added, “It’s only my second round in the series so I am learning and will be trying new things to get up to speed as quickly as possible. While it was fantastic to have the home support in Qatar last week I will not be able to rely on the crowds in Dubai who will be supporting their local drivers. It will be about me, the car and the track and ensuring there are steady improvements in my results.

In the team title Dubai based Al Nabooda (314) continue to lead rivals the Saudi Falcons (263) and Skydive Dubai Falcons (234).

The Porsche GT3 Cup Challenge returns on 14th and 15th February for Round 5 at the Dubai Autodrome.