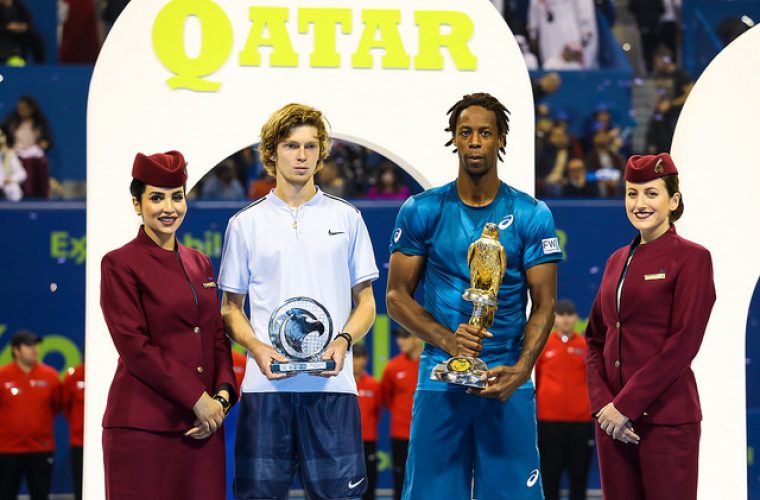 The new champion earned his winning title after defeating Andrey Rublev during a thrilling final match on Saturday 6 January 2018, with a 6-2, 6-3 victory. The highly-anticipated championship proved to be a great success among international and local fans alike, who came together to watch some of the world’s best tennis players compete in Doha for the coveted prize and winning title.

Qatar Airways Senior Vice President Marketing and Corporate Communications, Ms. Salam Al Shawa, said: “Qatar Airways is thrilled to congratulate Gael Monfils, winner of this year’s ExxonMobil Open championship following matches which have showcased some of the best tennis in the world. Now that this exciting tournament has come to an end, we look forward to next month’s Qatar Total Open, where Qatar Airways will welcome many of the world’s best-known singles and doubles female players to Doha.

“As a major sponsor of many sporting events around the world, Qatar Airways prides itself in supporting bringing people together through sports. 2018 promises to be an amazing year of sport with Qatar Airways leading the way as the Official Airline Partner of FIFA, with the 2018 FIFA World Cup Russia™ taking place this summer.”

Senior Vice President Qatar Duty Free, Mr. Luis Gasset, said: “Qatar Duty Free would like to congratulate Gael Monfils on his fantastic win at this year’s ATP tournament. We also want to congratulate the four lucky winners who were awarded amazing prizes personally signed by the championship’s top players after participating in our sponsor’s village activities.”

Qatar Tennis, Squash and Badminton Federation (QTSFB) President and Chairman of the Higher Organisation Committee, His Excellency Nasser bin Ghanim Al Khelaifi, said: “It was a great pleasure hosting another highly successful tournament. Qatar Tennis Federation’s partnership with Qatar Airways and Qatar Duty Free has raised the level of tennis to greater heights in Qatar and we are delighted to be partners together. It is our desire to keep developing the sport and I believe the sky is not the limit, but the beginning of our success.”

Qatar ExxonMobil Open Men’s Tennis Tournament Director, Mr. Karim Alami, said: “This year’s Qatar ExxonMobil tournament was a thrilling event for many fans around the world who look forward to it on an annual basis. Qatar has once again proven itself as a key player on the global sports scene and for being an excellent host to many successful championships. It is our honour to host these world-class tournaments and we would like to thank Qatar Airways and Qatar Duty Free for supporting and sponsoring our events.”

Thousands of eager tennis fans gathered during the six-day event which ran from 1-6 January 2018, and hosted 32 singles players and 16 doubles teams from several countries around the world, including Andrey Rublev of Russia, Tomas Berdych of Czech Republic, Dominic Thiem of Austria, Richard Gasquet of France and Fernando Verdasco and Pablo Carreno Busta of Spain.

Qatar Airways, the Official Airline partner of FIFA, is a leading supporter of major global sporting events, including the 2018 FIFA World Cup Russia™ and the FIFA Club World Cup™.

The award-winning airline received a number of accolades last year, including ‘Airline of the Year’ by the prestigious 2017 Skytrax World Airline Awards, held at the Paris Air Show. This is the fourth time that Qatar Airways has been given this global recognition. In addition to being voted ‘World’s Best Airline’ by travellers from around the world, Qatar’s national carrier also won a raft of other major awards at the ceremony, including ‘Best Airline in the Middle East,’ ‘World’s Best Business Class’ and ‘World’s Best First Class Airline Lounge.’

Qatar Airways operates a modern fleet of more than 200 aircraft to a network of more than 150 key business and leisure destinations across Europe, the Middle East, Africa, Asia Pacific, North America and South America. The airline is launching a host of exciting new destinations planned for 2018, including Canberra, Australia; Thessaloniki, Greece and Cardiff, U.K to name but a few. 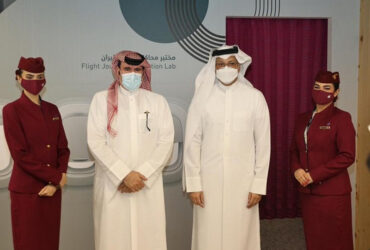 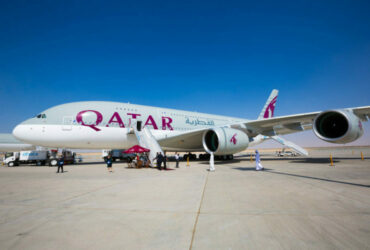 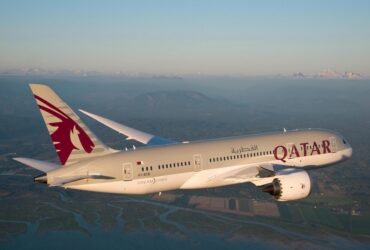 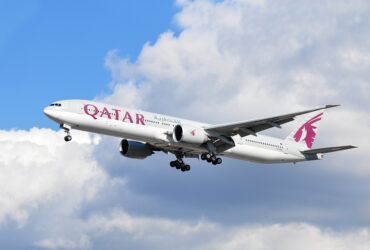