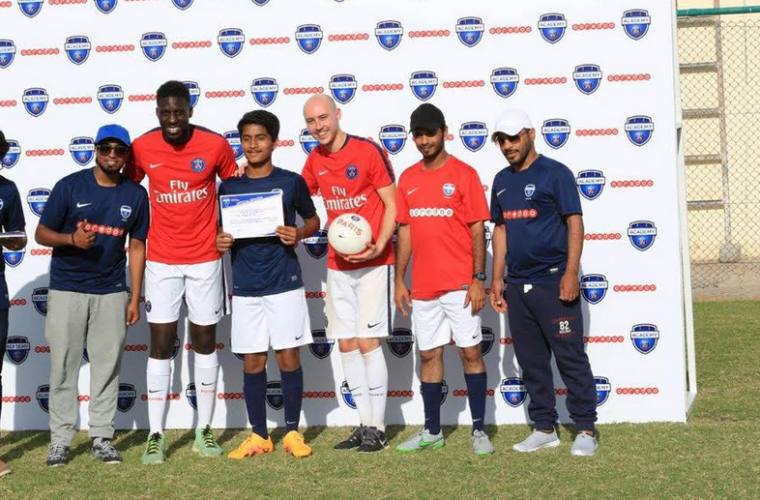 Started in 2014, the “Paris Saint-Germain Academy brought to you by Ooredoo” initiative is designed to encourage young people to get involved in sport, offering training and development opportunities for aspiring young footballers.

Over the past six months, sessions have taken place with Ooredoo Kuwait, Ooredoo Qatar, Ooredoo Tunisia, Ooredoo Oman, and most recently with Ooredoo Indosat in Indonesia. Another academy will take place in the Maldives shortly.

The first leg of the programme was organised in Kuwait in December 2015 and Qatar in February 2016, providing training for hundreds ofboys and girls in those countries.

The next stage was organised at the Oman Club in Al Khuwair, Oman, in March. The elite clinic provided Omani footballers with the chance to hone their skills and find out exactly what it takes to be a champion under the guidance of the French Ligue 1 leader’s expert coaches.

More than 200 young Tunisian footballers, selected from training clubs and schools programmes across the country, participated in the next phase in Sousse, Tunisia, at the grounds of the legendary club Etoile de Sahel.

In addition, 30 coaches took part in the programme, learning training and development skills that will enable them to teach young players.

Most recently in April, the “Paris Saint-Germain Academy brought to you by Ooredoo” arrived in Jakarta and Palembang, Indonesia, offering young Indonesian footballers the chance to get involved. During the sessions, which were offered for free for selected children and schools from across the country, Paris Saint-Germain’s top coaches taught football-related skills to more than 200 children.

Each of the training sessions closed with the traditional ceremony that sees every participant receive an official certificate from the Paris Saint-Germain Academy and have the chance to take photos with their coaches.

Sheikh Saud Bin Nasser Al Thani, Group CEO, Ooredoo, said: “Our partnership with Paris Saint-Germain continues to promote sportsmanship and healthy living in conjunction with the Ooredoo brand to thousands of young players. These camps not only teach discipline and the rules of the game, but show young footballers that Ooredoo supports them, and hopes to help them achieve their football dreams and aspirations.”

The “Paris Saint-Germain Academy brought to you by Ooredoo” programme offers education and motivation for aspiring young football players, and helps them in a range of key areas, including match preparation and effective training methods. Young footballers learn a host of key skills in each session, such as tactical and defensive playing, stamina training and the rules of football.

Ooredoo began its partnership with Paris Saint-Germain in September 2013, working together to develop youth and community support across Ooredoo’s footprint in the Middle East, North Africa, and Southeast Asia.