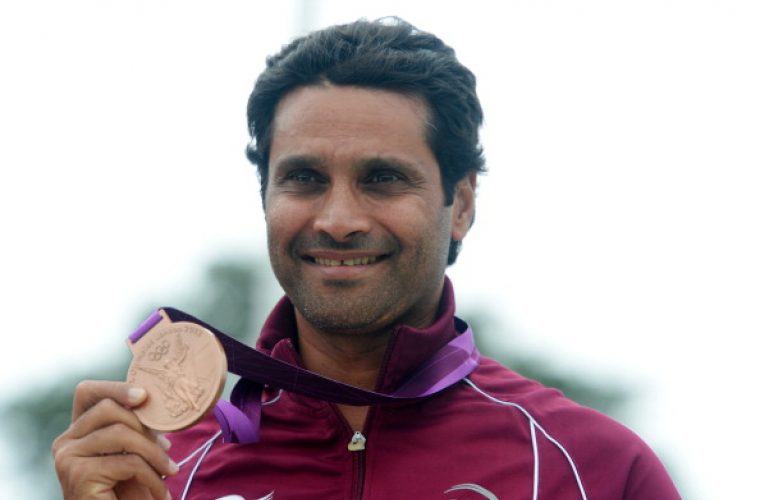 Qatar’s sporting legend Nasser Al Attiyah will join an elite group of Olympians from around the world when he competes in his sixth consecutive Olympic Games in Rio in just over a month. The experienced skeet shooter hopes to better his success at London 2012 where he won the bronze medal.

Highly unusual for any athlete, Al-Attiyah has managed to find massive international success in two entirely separate sporting fields. In addition to his skeet shooting success, he is also one of the most accomplished rally drivers in the history of the Middle East with numerous medals in World Championships and the grueling Dakar rally.

“I started rally driving before I began shooting,” Al-Attiyah said, adding, “I wanted to do something that would help me with my rally driving, especially my focus.”

After realising his talent for skeet shooting, which is a form of clay pigeon shooting where clay targets are flung into the air from two towers, Al-Attiyah dreamed of representing Qatar at the Olympics.

It was in London that Al-Attiyah found what he describes as his biggest achievement after an intense shoot-off with his experienced and relentless opponent, Valeriy Shomin from Russia to claim the bronze medal.

“My experience in the London Olympics was very successful and competing in London was a very special thing for me,” he said, adding, “Maybe it is because I visit London so often, especially during the summer, that I felt like I was at home.”

Success however does not come without sacrifices, and for Al-Attiyah that means an arduous and extremely demanding schedule.

“The hardest thing about shooting is that it takes up a lot of time in your life. It requires between four to six hours of training daily,” he said, adding, “My schedule is very difficult as I wake up at 5 am and do physical fitness exercises followed by shooting practice at the federation.” 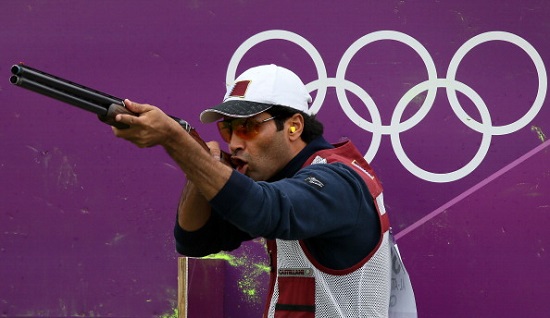 Nasser describes why having the highest possible levels of fitness is a crucial part of achieving success in shooting,

“The athletes have to be very fit because shooting requires a lot of concentration. And concentration can be lost at any time if your physical fitness is not up to par with your mental focus.”

The many hours of training is all worth it for Al-Attiyah, who started his love affair with shooting 22 years ago: “I loved it because it was exciting and was full of action.”

More than just an exciting sport, skeet shooting also requires a considerable amount of technique, as well as an intimate relationship with the gun.

“I don’t like changing my gun – I’ve used the same one for seven years. The weight has to stay the same or else it effects how it sits on your cheek or shoulder and thus your aim.” Al-Attiyah said, adding, “I consider the gun a part of me in skeet shooting because if you aren’t connected to your gun you will not shoot 100 percent.”

For Rio, Qatar’s shooting star is looking forward to the conditions, “Rio may be more suitable for me because of the high temperature and humidity – much like the weather in Qatar.”

With his typical steely determination, Al-Attiyah has his sights set at the very highest level.

“My goal is to win a medal,” he said, adding “I hope it is a gold medal. I’m going to give it all that I have – focus, hard work and dedication”.

Qatar will send its biggest delegation to the Olympic Games since its debut in Los Angeles 1984. Recent qualifiers in boxing, beach volleyball and weightlifting have taken the Team Qatar tally to 40 athletes across 10 sports – with other sports including athletics, swimming, shooting, handball, equestrian, table tennis, judo and weightlifting.