Mutaz Barshim talks about his journey and Olympic dream 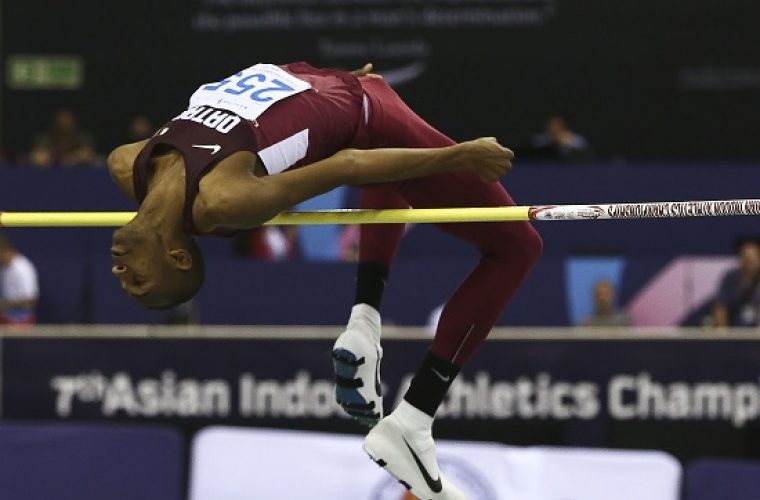 In just three months, arguably one of Qatar’s most successful-ever athletes, Mutaz Barshim will line up in the high jump as the greatest sporting event in the world begins. Barshim shares his captivating story ahead of the Rio 2016 Olympics in a new ‘Olympic Dreams’ film series found exclusively on the Qatar Olympic Committee’s (QOC) social media channels http://bit.ly/1QRUAxO.

Over 10,000 athletes from 206 nations will descend on Rio de Janeiro for South America’s first Olympic Games. A global TV audience of 4.8 billion will share the raw emotion, intense drama and unrivalled pride as athletes stretch themselves to the absolute limit of their ability and showcase the very best of humankind in the true spirit of Olympism.

Amongst them will be the biggest team that Qatar has ever sent to an Olympic Games since their debut in Los Angeles 1984. 34 athletes will compete across six sports – athletics, swimming, shooting, handball, equestrian and table tennis. As they finalise their preparations to compete in the most important competition of their young lives, the QOC has launched a #YallaQatar public support campaign across its social media channels to encourage the whole nation to get behind Team Qatar’s athletes and celebrate their incredible feats. The Olympic Dreams film series will profile each team and athlete, and explore the highs, lows, motivations and dreams of Qatar’s Olympians on their journeys to Rio.

Mutaz Barshim’s inspirational journey to becoming one of the world’s best athletes opens the film series. The 25-year-old graduate of Doha’s Aspire Academy for Sporting Excellence holds the second highest jump in history of 2:43m, a mere two centimetres short of Cuban Javier Sotomayor’s 23 year old world record. The 2014 World Indoor Champion and London 2012 Olympic bronze medallist will return to his second Olympic Games as one of the favourites for the Olympic title, which would make him Qatar’s first-ever Olympic Champion. Despite all these achievements, Barshim’s potential was not clear when he first started out in the sport:

“It took me a long time to come good. I was bad for a really long time. I’d go to training and I was bad. The next day I’d come and I was even worse. The next day – worse again. I think I was just so stubborn and I was patient and I always came back no matter what happened. I made a choice because I wanted to do the high jump.”

Barshim puts his patience down to the guidance of his father, himself a successful athlete in race-walking who captured his son’s interest in athletics by taking him with him to practice as a child: ‘My father always told me your time is coming, be patient, focus on what you’re doing. As long as you keep doing your best every day, it’s just a matter of time. And he was right. You can’t rush greatness. If you want to be great, you have to take your time. Only a few people know that.’

It wasn’t long before Barshim’s raw talent was identified and he was selected from thousands of other young, aspiring athletes to attend the prestigious Aspire Academy at the age of 13, a factor that he feels played a crucial role in his later success. ‘Aspire for me is like a second home. We were like family and they taught us everything and provided everything we needed - the sports education, sports psychology, training camps, medical care, coaches. I think it was a very big step for my career when I came to Aspire. It was really, really helpful.’

It was the Qatar Athletics Federation’s appointment of Stanislaw Szczyrba as coach of the national team that took Barshim to the next level, improving his personal best from 2:14m to 2:31m in just one year between 2009 and 2010. Whilst their relationship got off to a rocky start, they now share a unique bond that has led to a hugely successful partnership: ‘My coach is a very crazy guy. I used to hate him and now I love him. We have a very good relationship, like father and son. We understand each other. I can just look him in the eye and understand what he wants. We’ve got to combine like one person in order to achieve greatness.’

And, together, greatness is what they have achieved with Barshim collecting Qatar’s fourth Olympic bronze medal at London 2012 before his ground-breaking season in 2014 that saw him write himself into the record books and spark a social media trend #ThingsBarshimCouldJumpOver. He reflects, ‘2014 was an amazing year. I got back to my coach and I was like, ‘coach we made history’. And he was like, ‘yeah we made history. It’s done, you don’t need to prove anything to nobody now. You already did it.’’

However, his career has not been without its setbacks and a stress fracture to his back meant that he almost missed the London 2012 Games: ‘It was a really big injury. I couldn’t even jog and it was a month before the Olympics and it was really bad. I think I got the green light to compete like 10 days before the Olympics. I wasn’t sure if I was going to go or not.’ Yet the injury meant that Barshim savoured the Olympic experience all the more, ‘the moment I stepped on the field, I thought if it’s my last jumping day, let it be. I’m going to make it. I gave it all I have and I got a medal so I’m really happy.’

It is that fighting spirit that has continued with Barshim throughout his career and helped him again through the beginning of this season when cramp during a crucial part of the competition prevented him from retaining his World Indoor title in Portland in March: ‘You’re going to get injured, things are going to go bad - it’s not how many times you fall but how many times you get up. Whatever happens, I make sure the next day I’m coming to the track. I’m going to work for it.’

Barshim’s full focus is now on Rio 2016 and chasing his lifelong dream of winning the coveted Olympic gold. This will be no easy feat with the standard of high jump currently the strongest it has ever been and multiple athletes capable of taking gold and even breaking the world-record. However, in the style of a true champion, Barshim is not focusing on the rest of the field: ‘I think my biggest rival in Rio is myself. It’s very easy to lose focus thinking about different stuff around you. I don’t do that. I focus on myself, trying to beat myself, trying to improve myself every day. If I beat myself there, I think that’s it.’

Having experienced the magic of an Olympic Games once already, Barshim explains what makes the sporting event so special: ‘The Olympics is the greatest sports event in the universe. It doesn’t matter which nation you are, which kind of sport you love or not, everybody’s engaged, everybody’s supporting. It doesn’t matter if you’ve never seen sport in your life. You’ve got a nation’s hope behind your back. It’s just great. I love it.’

Mutaz Barshim will be kicking off his outdoor season on Friday 6th May in the IAAF Diamond League Doha at Qatar Sports Club, where he will go head to head with three Olympic and two world medallists in an incredibly strong competition. Tickets can be bought at http://doha.diamondleague.com/…/tickets-for-idl-doha-2016-…/or from Virgin Megastore Landmark and Villagio, and Spinneys The Pearl.

Also read the Story of the first female Olympians of Qatar.