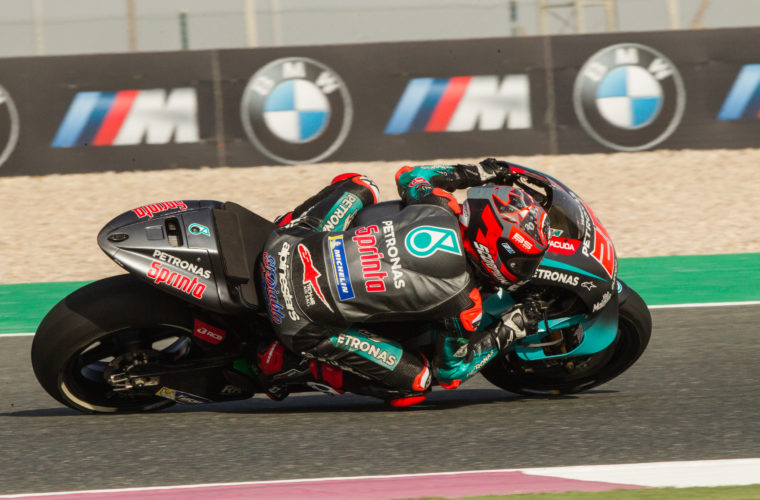 The International Motorcycling Federation (FIM), IRTA, and Dorna Sports have revealed an updated calendar for the 2021 FIM MotoGP World Championship with Losail International Circuit hosting the first two rounds of the 19-round championship.

Check out the provisional #MotoGP calendar, including the return of Portimao! 📅 pic.twitter.com/Qzhs0AIudR

The season-opening Grand Prix in Qatar was confirmed for March 26 to 28 and it will now be followed by a second event, the Grand Prix of Doha, at the same Losail International Circuit the following weekend, from April 2 to 4.

President of the Qatar Motor and Motorcycle Federation (QMMF) Abdulrahman Al Mannai underlined that the choice of Doha to host the first and second rounds of the World MotoGP Championship confirms Qatar's global standing and the great confidence it enjoys from FIM and Dorna Sports, the sponsor of the world championship.

Al Mannai added that Qatar's hosting of the first and second rounds of the most prominent World Motorcycle Championship is of great importance, as it will attract the world's attention for more than two full weeks, especially as it will also host the final tests for drivers ahead of the start of the season, pointing to the economic benefit from hosting the most prominent teams in Doha for about a month.

He attributed the reason for choosing Qatar to host the first and second rounds because of the professionalism that Qatar provided in organizing the event with great success over more than a decade, in addition to the fact that the State of Qatar has made great strides in confronting the COVID-19 pandemic, adding that Qatar has hosted several continental and international tournament successfully.

The Autodromo Internacional do Algarve in Portugal will then host the third round of the Championship from April 16 to 18 before the paddock heads to the Circuito de Jerez-Angel Nieto as previously planned, FIM said in a statement.

The ongoing COVID-19 pandemic and resulting lockdowns and complications oblige the postponement of both the Argentina GP and the Americas GP until the last quarter of 2021.