I hope to make Qatar proud: The story of one Qatari Para- athlete's beyond incredibul battle to become the best 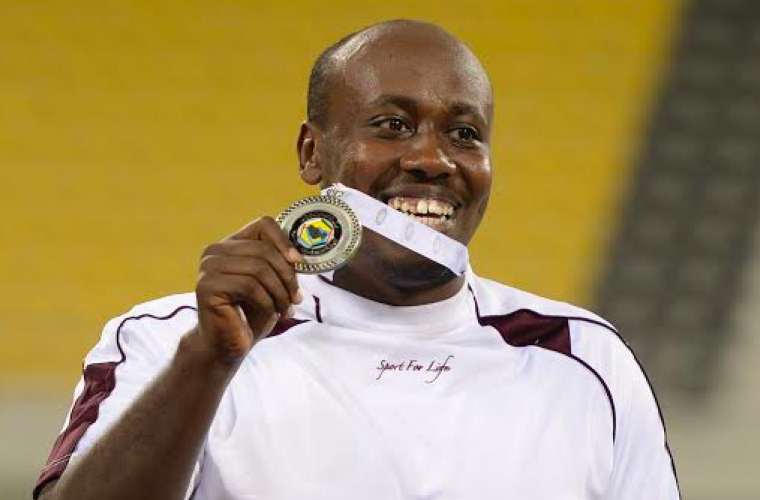 The Doha 2015 IPC Athletics World Championships will be held in Doha’s Suhaim Bin Hamad Stadium at Qatar Sports Club from 21 to 31 October 2015. The World Championships see the most incredible athletes from across the globe flock to the Qatari capital for the final major event on the athletes’ journey to the Rio 2016 Paralympic Games.

Being held for the first time in the Middle-East in the history of the competition, the IPC Athletics World Championships will provide an eye-opening spectacle for the Gulf region and the Qatari nation, and will leave a lasting legacy for generations to come. With a staggering 1,400 of the world’s greatest para-athletes from over 100 countries descending on the Qatari Capital this October, spectators will bear witness to an awe-inspiring display of sporting triumph over adversity that will drive people across the globe to begin their own world-beating journeys.

In order to inspire local communities throughout Qatar and across the region, the Local Organising Committee is shining a spotlight on the inspirational stories of some of the athletes that will be competing. The latest focus turns to homegrown Qatari athlete Abdelrahman Abdelqader on his path to competing in the biggest event of his life in front of a home crowd.

The 27-year-old Qatari athlete, Abdelrahman Abdelqader, began his incredible journey to become a world-class para-athlete almost by accident whilst receiving physiotherapy for his Cerebral Palsy, which is a challenge he has to overcome every day of his life. It wasn’t until his physical therapist Dr. Mohamed Al-Azouli informed him about para-sport that he began taking part in athletics: “My physical therapist told me about the Qatari Paralympic Committee and I eventually signed up. At the time, athletics was the only sport available so that is what I started with and I found that I loved it so I kept going”.

Cerebral Palsy is a group of permanent movement disorders that appear in early childhood and have varied signs and symptoms between people. Often symptoms include poor coordination, stiff muscles, weak muscles, and tremors but there are many more problems that can occur. Despite his condition, Abdelrahman didn’t let it get in his way and he is full of praise for athletics, how it changed his life and how it helped him to overcome his condition: “Sport affected my life in a lot of ways. It helped me with time management and with time I felt my body changing – I became healthier, I lost weight, and I became stronger and I had more energy”.

Throughout his career the Qatari para-athlete has enjoyed massive success but it wasn’t always this way. At the start of his career Abdelrahman Abdelqader had a tough time adapting to the competitiveness of para-athletics: “One of the hardest things that I have ever had to overcome was participating in competitions and championships and achieving poor results”, but over time he improved more and more and became the athlete he is today: “With time, training and hard work I managed to improve and get better distances culminating in my gold medal in the shot put during the Asian Para-Games”.

Winning gold in the Shot Put F34 event at the Asian Para-Games is one of Abdelrahman’s most notable achievements to date: “I consider my greatest achievements to be participating in various international championships. Most notably I competed in the London 2012 Paralympic Games and won a gold medal in the 2014 Asian Para-Games in South Korea”. The Qatari athlete suffers from impairment typically affecting the ability to control legs, trunk, arms and hands. The lower the classification number is, the more significant the activity limitation is, and as an F33/F34 athlete, he competes solely in field events and uses a throwing chair to assist him in competition.

When asked about the World Championships in Qatar, Abdelrahman commented on how much it would mean to him as he expressed his delight at having his family and friends there to cheer him on: “Competing in front of a home crowd will be a beautiful feeling and will make me give everything I have to win. One of the best things about competing in Doha is that my family and friends will be there to cheer me on as I compete”.

With the IPC World Athletics Championships coming to Doha and the Middle-East for the first time, Abdelrahman Abdelqader was full of praise for the event and the positive influence it will have on the region: “The World Championships will have an incredible effect on people with disabilities in the Middle-East and the Arab World and will increase awareness of para-sport as well as placing the focus on athletes”, and he had one more message for people thinking about participating in sport: “Sport really is for everyone, everyone can benefit”.

As the last major event on the para-athletes calendar leading up to the Rio 2016 Paralympic Games, the IPC Athletics World Championships will be ‘Beyond Incredible’ and spectators can expect to see the world’s best para-athletes giving everything they’ve got in a showcase of unquestionable skill and determination.

Fans are able to see the world’s greatest para-athletes competing up close and in person by getting tickets now at https://doha2015.q-tickets.com or by buying them from Qatar Olympic Committee booths in Villaggio, City Centre and Landmark malls. The World Championships take place from the 21st-31st October at Qatar Sports Club.