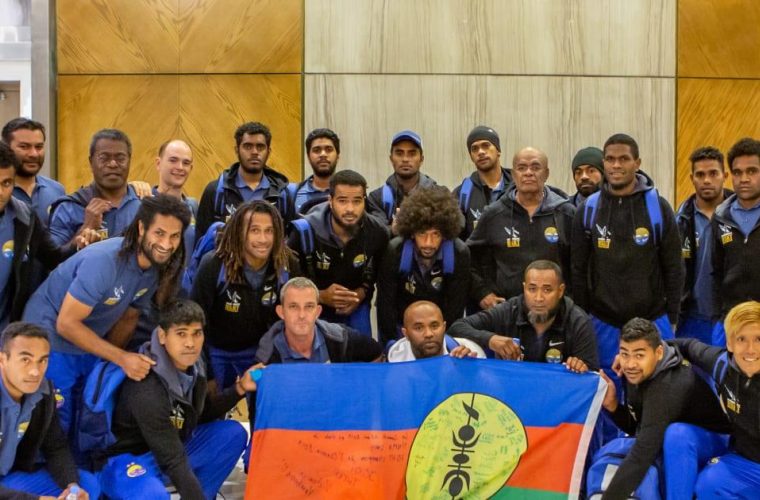 Hienghène Sport’s FIFA Club World Cup journey began in May this year when manager Felix Tagawa, one of Tahiti’s most decorated footballers, led the club to a tense 1-0 win over Noumea-based AS Magenta in an all-New Caledonian final.

Tagawa’s team became the first New Caledonian side to win the OFC Champions League and qualify for the FIFA Club World Cup, and only the second non-New Zealand side to do so. It is the first time a senior New Caledonian side – club or country – has competed in a global football tournament. The team is based in Hienghène, a remote part of New Caledonia with a population of just 2,500, five hours away from the country’s capital, Noumea.

“This is a moment of real pride. Having grown up in Hienghène, I never expected my small hometown club to set foot on a global stage. We are delighted to be in Doha and thank everyone for their hospitality – we can’t wait for the tournament to get started and to represent New Caledonia with the world watching. Koi Theen!”, said Bertrand Kaï, Hienghène Sport’s captain, referring to the team’s slogan that means “go forward!”.

Nasser Al Khater, FIFA World Cup Qatar 2022 LLC and FIFA Club World Cup 2019 Local Organising Committee CEO, said: “Hienghène Sport’s journey to Doha is a testament to football’s power to inspire and bring people together. We are thrilled to be welcoming Felix Tagawa and his team to our country and hope they enjoy our world-class training facilities, stadiums, tournament atmosphere, and Qatar’s renowned hospitality.”

Al Khater continued: “We are incredibly excited to be hosting the FIFA Club World Cup this year. The tournament will give travelling fans – and those tuning in around the world – a glimpse of what awaits them in Qatar at the FIFA World Cup in 2022.”