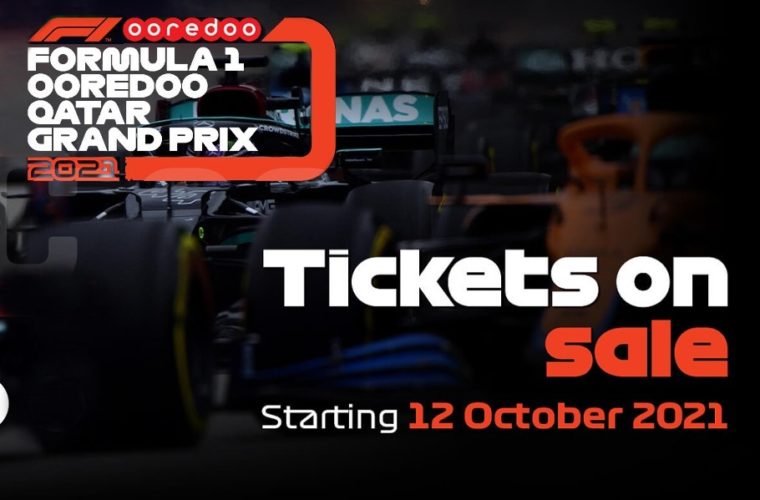 According to the Qatar Calendar, tickets will be available starting 12 pm (noon) on 12 October 2021 through the website: www.lcsc.qa.

Save the date and be the first to attend Formula 1 Ooredoo Qatar Grand Prix in its first edition ever
🗓
Tuesday 12 October 2021
⏰
12pm
📍@losailcircuit from November 19 to 21, 2021https://t.co/rN7q6CkZqG#QatarGP #Formula1 #MotorSports #GrandPrix #F1 #LoveQatar #In_Qatar pic.twitter.com/8AVTJrCh6E

After the Australian Grand Prix which was to be held in November 2021 was cancelled due to the COVID-19 pandemic, F1 was on the lookout for a replacement country to host the event. Qatar was chosen as the new host at the end of September after the Japanese Grand Prix was recently cancelled following in the tracks of Canada, Singapore and Australia where events were cancelled earlier. In addition, races in Mexico, Brazil and the US (Austin) may also get cancelled after a recent surge in COVID-19 cases and hospitalisations.

Qatar’s Losail International Circuit will hold its first-ever Formula 1 Grand Prix with the country set to host the 20th event of the 2021 season, as well as signing an additional 10-year deal to host F1 from 2023.

The Qatari circuit is most famous for its association with the world of two-wheeled racing, with Losail having hosted the MotoGP series since 2004. Ooredoo, the international communications company, will be the title sponsor for the event.