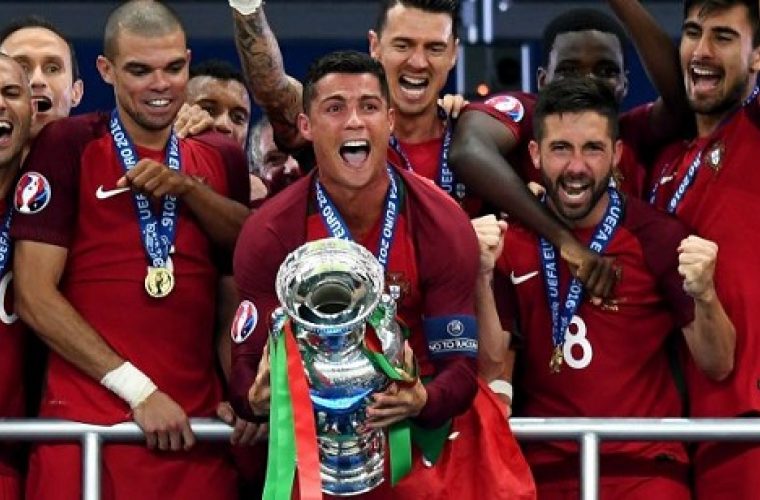 For football buffs in Qatar who stayed up late to catch the UEFA Euro 2016 final last night, it was worth the effort as Portugal and France played out a gripping match that was eventually won by Cristiano Ronaldo’s boys. In a tense final at the Stade de France that was watched by millions the world over, Portugal overcame the hosts by a solitary goal to win their first major tournament.

While the match did not see much in terms of goalmouth action, it had its fair share of drama – like when Ronaldo was carried off on a stretcher in the 25th minute, or when France’s André-Pierre Gignac hit the post towards the end of regulation time, or when Portugal substitute Eder scored a stunning extra-time goal to give his side a historic win.

That superstar Ronaldo – or CR7 as he is commonly referred to as – missed most of the match and yet the Portuguese emerged victorious proved once again that football is a team game and a solid collective performance can compensate for the loss of individual brilliance.

France, with the likes of Griezmann, Giroud, Payet and Pogba, started the favourites and looked to control the match in the initial stages. And then came the blow for Portugal – an injured CR7 had to be substituted. A man in tears, it seemed at that moment that his dream of winning a major trophy in national colours was ending. But that was not to be.

The Portuguese held on even as the French tried hard to break the deadlock. And the Stade de France saw a near-decisive moment when Gignac beat everyone but the post in the dying moments of regulation time.

With the tension growing and the match heading towards a penalty shootout, a Raphael Guerreiro free-kick in the second half of extra time injected fresh life into the match. Moments later, Eder stepped up and fired in a long-range shot that sealed the deal for his team.

The Portuguese defended solidly – like they have done for most of the tournament – until the final whistle. The tears of pain that one saw in CR7’s eyes when he went off the field early in the match had turned into tears of sheer joy.

The month-long extravaganza is over, but those who love and game are likely to remember several of its moments for a long time. The incredible performance of Iceland and their Viking chant, the dream run of Wales, the heroics of Griezmann, the stunning goals – there will be a lot to talk about.

The tournament gave the people of France a lot to cheer about – that’s the magic of the Beautiful Game. Over to 2020, when the Euro will be held across several European nations to mark the 60th anniversary of the tournament.