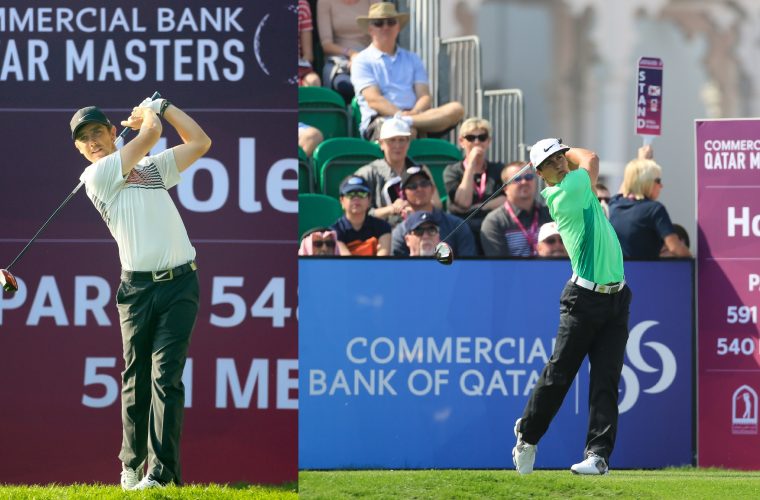 Tommy Fleetwood, Alexander Levy, Thorbjørn Olesen and Peter Uihlein will be among the rising stars at Doha Golf Club looking for another European Tour win

Thursday 15 January 2015; Doha, Qatar: Rising English star Tommy Fleetwood will be among the exciting young talents looking to outshine the established stars at the US$2.5 million Commercial Bank Qatar Masters next week.

Fleetwood, Thorbjørn Olesen of Denmark and American Peter Uihlein, all 25, and 24-year-old Alexander Levy of France have all won on The European Tour and will seek to outdo the likes of defending champion Sergio Garcia and other leading stars Henrik Stenson, Justin Rose, Ernie Els and Charl Schwartzel at Doha Golf Club when play gets under way on Wednesday 21 January.

Fleetwood won his first European Tour event at the Johnnie Walker Championship at Gleneagles in August 2013 and last year finished a career-best 19th in The Race to Dubai after runner-up finishes in China, Wales and Scotland and four further top tens.

The Southport-born star, who turned professional in 2010, was even talked about as a possible Ryder Cup candidate and is now hoping for a strong result in Doha as he looks to emerge from the shadow of compatriots Rose, Lee Westwood, Ian Poulter and Luke Donald.

“I’d like to play well at the Commercial Bank Qatar Masters and make my mark in such a strong field, with so many big names. I’ve been happy with my form for the past two years and I’m really keen to get my next win on The European Tour,” said Fleetwood, who will be competing in Qatar for the fourth straight year.

“I had a great season in 2014 and even though I didn’t win again, it was my best season yet in terms of consistency and top-five finishes. I want to establish myself in the world’s top 50 to compete regularly in the Majors and WGC events, so I’m looking for good results in big events like the Qatar Masters.”

Olesen, who turned professional in 2008, has long been one of Europe’s most exciting young talents and last January tied for third in his fourth consecutive Commercial Bank Qatar Masters.

After three runner-up finishes on The European Tour in 2011, Olesen won the Sicilian Open in Italy in April 2012 and three months later finished ninth at The Open Championship.

The following year, the young Dane finished runner-up in Abu Dhabi and sixth at the Masters Tournament for his best result in a Major, then last October he captured his second European Tour title at the Perth International in Australia.

Levy won twice last year to establish himself as a player to watch. The Frenchman claimed titles at the Volvo China Open in April and the Portugal Masters in October, and also finished 30th on his Major debut at the PGA Championship in August and tied second at the BMW Masters in Shanghai in November.

Uihlein finished 16th in last year’s Commercial Bank Qatar Masters and is steadily building his reputation in the pro ranks, having been the world’s top-ranked amateur.

After joining the paid ranks in 2011, the tall American competed in the first three Majors of the year, but has played predominantly in Europe since 2012. In 2013, he broke through to win his first European Tour title at the Madeira Islands Open in Portugal and had runner-up finishes in Wales and Scotland. Uihlein finished last season’s European Tour by making nine straight cuts.

“Thorbjørn Olesen just missed the playoff by one stroke last year and is one of the many excellent young players competing at this year’s Commercial Bank Qatar Masters. Many of these rising stars have already won on The European Tour and are hungry for their next win and I believe their motivation rises when they compete against players like Sergio Garcia, Henrik Stenson, Justin Rose, Ernie Els and Charl Schwartzel,” Al Nuaimi said.

“Adam Scott was only 21 when he won the Commercial Bank Qatar Masters for the first time in 2002, while Chris Wood was 25 when he won two years ago. We’re always excited to watch young players take on the big names and they have as much chance as anyone, as Thorbjørn showed last year.”