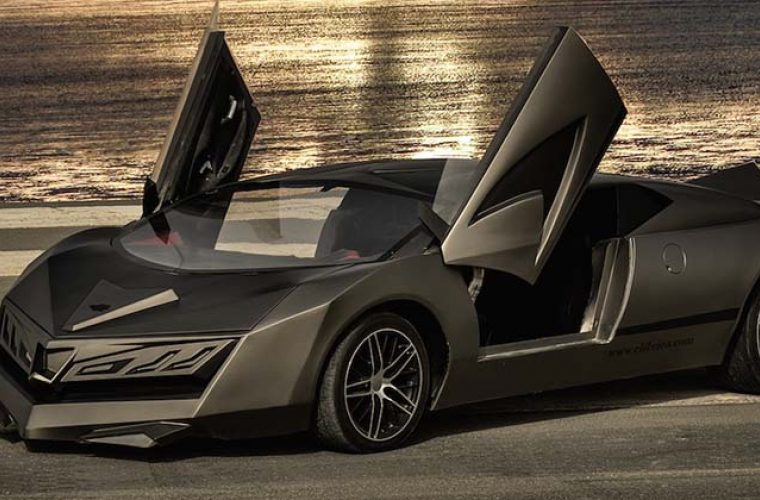 When it comes to luxury sports cars, the Gulf is in its element. The cars are not even limited to the public, with the police having an entire fleet of luxury cars stretching from Ferraris to a Bugatti. The fact is, it’s almost impossible to go a day without seeing some kind of flashy, European-imported luxury car cruising past you. But some enthusiasts may start turning a little closer to home for their next luxury ride.

Elibriea, a new concept car designed and built almost entirely in Qatar, is set to be launched later this year. The car that looks like a cross between a Batmobile and a Stealth Bomber is looking to give the Middle East’s elite a new toy to play with.

The car is the brainchild of 27 year-old resident of Qatar, Abdul Wahab Ziaullah. Ziaullah graduated from Texas A&M’s Doha branch with a degree in engineering. A creative at heart, Ziaullah spent a decade working on developing and perfecting the design. And after receiving substantial backing from Qatar’s National Research Fund, Ziaullah went on to spend two and a half years building his super car.

While there are no performance estimates released yet, we still have plenty to talk about from the looks alone. The car is sharp. The carbon fibre body looks like 3 completely different designs put together without much thought given to them. The stealth headlights paired with huge, exaggerated taillights highlights this conflict. The car is said to be powered by a 525 HP V6 Engine by GM and weighs about 1 tonne.

The car was received with mixed review with some people loving the new design and others wondering if this is the ugliest car ever made. While the car may not be to everyone’s taste, one can hardly fault the designer for thinking outside the box.

One thing we can all agree is, the design is different. Ziaullah is said to be using the criticism to make sure his next car, dubbed the “hypercar” outperforms the Elibriea.

Say what you will about this car, my biggest achievement after graduating was managing to wake up early. So this is a big deal. As for what this means for Qatar, that remains to be seen. For a country with no history in car manufacturing, only time will tell if this will go anywhere past the 2016 Qatar Show.