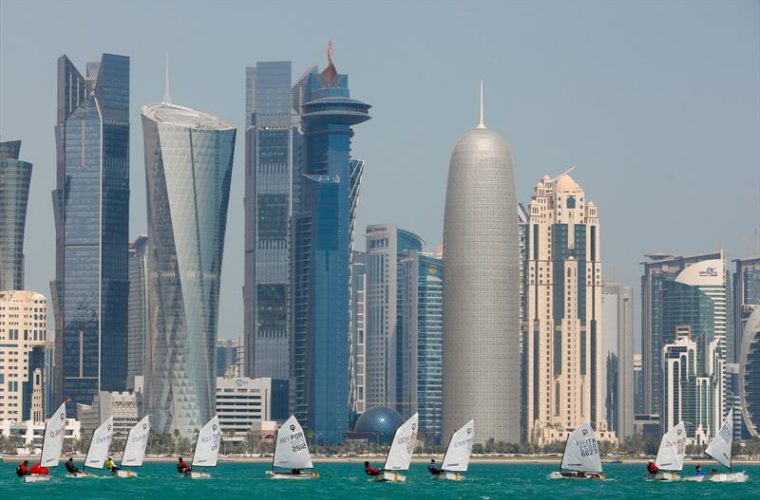 The Doha Sailing Club (DSC), one of Qatar’s oldest sporting clubs, has temporarily moved to the Katara Cultural Village until construction of its final location in Lusail City is completed– in line with its expansion plans to accommodate its growing membership and the increasing number of championships hosted by the Club.

While a private club, the DSC operates under the umbrella of Qatar Olympic Committee (QOC) with strong bonds to the Qatar Sailing and Rowing Federation (QSRF) since the latter’s inception in 2003, and serves as a platform for the Federation’s activities which includes hosting international events, such as the recently-concluded Sail Qatar Regatta in October as well as the prestigious Sail the Gulf tournament 2014.

The DSC was founded in 1956 with the aim of promoting sailing in Qatar and encouraging sailing and boating activities, as well as providing educational lessons to inexperienced sailors and improving the skills of experienced sailors. The DSC and QSRF both offer full-time and part-time coaches that conduct lessons for beginners. The Club’s membership is open to all and has grown to more than 250 members, to which it offers access to most Olympic sail boats for free.

Commenting on the DSC’s move, President of the QSRF and DSC Commodore Khalifa al-Sewaidi said:

“This is a very exciting time for sailing in Qatar and we are extremely pleased that our membership has continued to grow year after year. Our temporary move to the wonderful Katara Cultural Village is part of our plan to expand and offer our members the best possible experience.”

The move has not slowed the QSRF and DSC’s activities, as evidenced by the former hosting the inaugural 2014 Formula Kite Course Racing Asian Championships from 10th – 15th November in The Pearl-Qatar. While an Asian Championships, the competition is open to athletes from 26 countries who will compete for the QR 100,000 prize.

The Katara Cultural Village, inaugurated in 2010, is located on Doha’s pristine Corniche and aims to preserve and develop the cultural heritage of Qatar, of which sailing constitutes an undeniably essential part. The Cultural Village is also home to the Qatar Fine Arts Society, Qatar Photographic Society as well as the Childhood Cultural Centre among others.

Lusail City covers 38 square kilometers and consists of four exclusive islands and 19 multi-purpose residential, mixed use, entertainment as well as commercial districts. The City will also include leisure spots, commercial towers and public ports, to name a few.