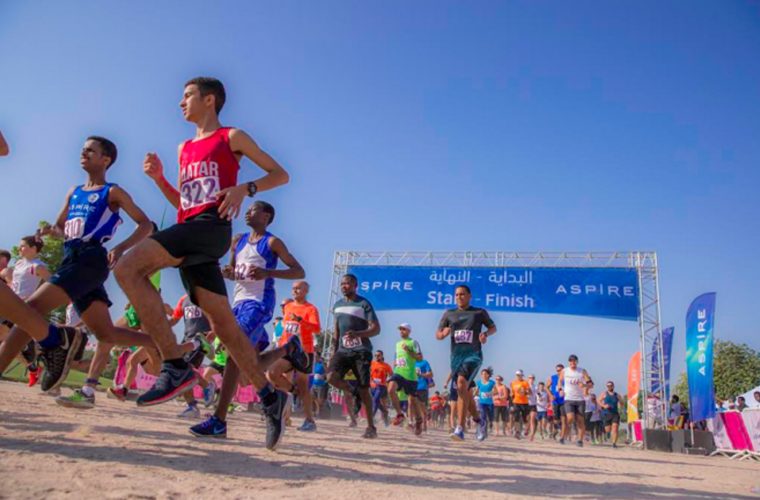 Recreational runners aged 12 and above have been invited to compete with Aspire Academy students and professional athletes in the second series of the Aspire Park Run Challenge, which consists of 2k, 4k and 6k races on Aspire Park’s sand and horse trail starting from 7:30 am on Saturday.

This event builds on the success of previous tournaments in Aspire Zone, such as the International Association of Ultrarunners (IAU) 50k World Championship and the Aspire International 6:50 Race. Combined, the success of these events demonstrates the growing interests in running within the community in Qatar.

The challenge is part of Aspire Zone Foundation’s efforts to diversify the range of community events it offers to give all sports enthusiasts in Qatar a chance to take part in their favourite sport alongside friends and family.

“The first series witnessed a fantastic turnout by recreational runners and athletes alike. It was a great opportunity for people to practice their running alongside professional runners, all in a relaxed and enjoyable atmosphere. For this latest series, we have also extended invitations to players in local sports organisations to attend and the response so far has been very promising.”

Three weeks ago, more than 100 participants took part in the first series of the Aspire Park Run challenge, including more than 20 student-athletes from Aspire Academy participate, who made the race even more exciting.

Given the intention of many runners who ran first time around to compete again, recreational runners who decide to participate in the second series can expect to be challenged and inspired by their co-competitors, helping them push beyond their limits and really test their potential.

Since it was established, AZF has been engaging the public in a range of sporting activities in support of its mission to promote physical activity among members of the local community. This year’s Aspire Park Run challenge has prompted a great response, with large numbers of registrations building on the success of AZF’s other activities.

The second ‘Aspire Park Run’ race will be held on December 02 in Aspire Park, behind the Coffeeshop Company. Adults and young people interested in taking part can sign up through www.lifeinaspire.qa