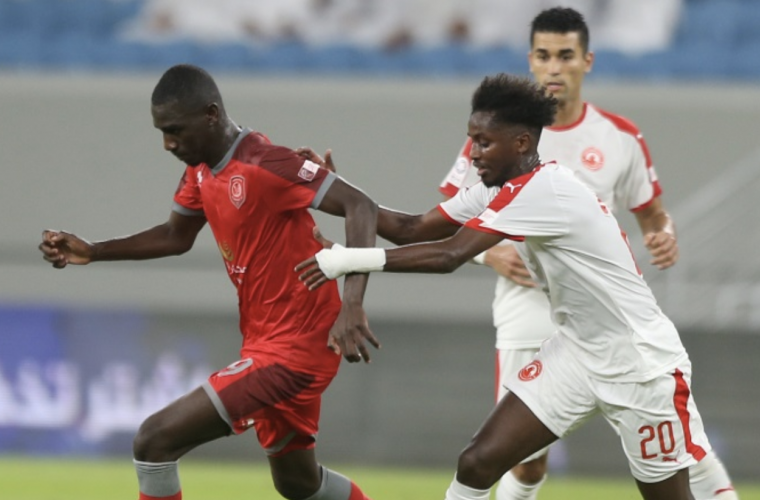 Al Arabi matched Al Duhail ball by ball and shot by shot while holding them to a 1-1 draw in Week 2 of the 2019-20 QNB Stars League at the Al Janoub Stadium on Thursday.

Yousef Msakni took Al Duhail ahead by scoring as early as the seventh minute, only to see Al Arabi draw parity through Aron Gunnarsson in the 40th minute.

Al Arabi, who had beaten Al Ahli 3-1 in Week 1, trailed in ball possession overall (40 per cent), but proved match enough for Al Duhail, who bounced back to beat Qatar SC 2-1.

Al Arabi mainly had Gregory Gomis’ rock-solid performance below the bar to thank for.

The fast-paced action saw The Red Knights seize early initiative through Msakni off a through pass from Almoez Ali. The Dream Team soon hit back, but defender Morteza Mohammed shot wide.

At the other end, Al Arabi’s Hamdi Harbaoui saw his bicycle kick go over the bar and striker Mohamed Salah El Neel came up with a cracker of a shot, a minute before Gunnarsson’s equaliser with a power-packed grounder.

Msakni missed a sitter in first-half injury time by skying the ball with only Gomis to beat.

Soon after resumption, Pierre-Michel Lasogga’s headed goal was disallowed, also for offside and the efforts of Edmilson and El Neel went in vain.

Al Arabi brought in Fahad Khalfan, Hossam Kamal and Jassem Gaber, while Al Duhail’s Mohammed Muntari came off the bench for Mohannad Ali, who was off-target time and again.

Towards the end, Gunnarsson wreaked havoc with a volley, Almoez hit the side netting, Gomis saved Bassam Al Rawi’s effort and then Al Arabi defender Marc Muniesa effected a goalline save as the teams shared points from a thriller.