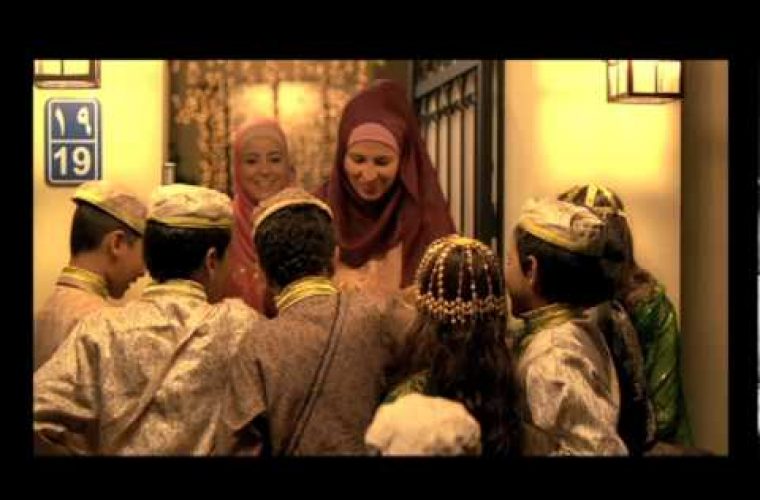 With only 100 days to go before the groundbreaking Doha 2015 IPC Athletics World Championships, Qatari para-athletes Abdelrahman Abdelqader and Mohamed al-Khubaisi commemorated the milestone by visiting schoolchildren during their summer sports camp in the SFQ Academy.

The IPC Athletics World Championships will be held in Doha’s Suhaim bin Hamad Stadium at Qatar Sports Club from 22 to 31 October 2015. This will be the first time in history the event will be hosted in the Middle East will leave a lasting legacy as the Stadium, hotels and other facilities are further upgraded to better cater to people with disabilities. The Championships will feature around 1,500 athletes from more than 100 countries and will serve as one of the last major competitions before the Rio 2016 Paralympic Games.

Schoolchildren from 4 to 14 years of age welcomed Asian Para Games medalists Abdelqader and Khubaisi who are set to compete in the shot put and wheelchair race events respectively. Abdelqader, who competed in the London 2012 Paralympic Games, started his para-athletics season with a gold medal in shot put at the 7th Fazza International Athletics Competition – a fixture of the IPC Athletics Grand Prix. Abdelqader is currently ranked second place worldwide for this season. Meanwhile al-Khubaisi claimed gold earlier this year in the T34 Men’s 100m and 200m events in Beijing during another Grand Prix fixture.

Speaking during his visit, Abdelqader said:

“It is a dream come true for me to compete in the IPC Athletics World Championships in front of a home crowd, with friends and family cheering me on – this will surely be the highlight of my career to date. The World Championships will be a perfect opportunity to raise awareness of para-athletics and disability sport in Qatar and across the whole region. People from the Middle East will be inspired and will realize that disability is not a hindrance and that incredible things can be accomplished if you persist. I really hope that we will inspire a new generation of athletes.”

The World Championships will see intense and exhilarating competition as elite para-athletes battle to qualify for the Rio 2016 Paralympic Games. Paralympic medallists, world-record holders and defending World Champions, including Jonnie Peacock, Hannah Cockcroft and Terezinha Guillermina will inspire and amaze spectators from around the world as they showcase their incredible abilities in a bid to become the greatest athletes in the world.

The Championships will also help to capture the attention of audiences and raise the profile of para-athletics across the whole of the Middle East. Qatar will utilize its years of experience in successfully hosting world-class events to hold an incredible edition of the IPC Athletics World Championships.

Commenting on the progress of the event preparations, His Excellency Dr Thani Abdulrahman Al Kuwari, President of the Local Organising Committee and Secretary General of the Qatar Olympic Committee said:

“We are eager to welcome the world to Doha in October for the first ever IPC Athletics World Championships in the Middle East. We look forward to greeting the world’s best para-athletes and to witness their achievements in Doha.”

Qatar’s Al-Kass Sports Channel will act as the official host broadcaster and will air the exciting competition live during its exhilarating 10-day run. The award-winning satellite channel will bring its expertise to ensure flawless coverage of the event and will allow audiences across the region to follow the excitement.

Aspetar, the first specialised Orthopaedic and Sports medicine hospital in the Gulf region, will use its international experts, staff and world-class equipment to provide all medical services during the Doha 2015 IPC Athletics World Championships. Aspetar will coordinate with the Qatar Red Crescent, Supreme Council of Health, Hamad Medical Corporation and the ISF medical unit to ensure athletes have the highest level of care at their disposal.