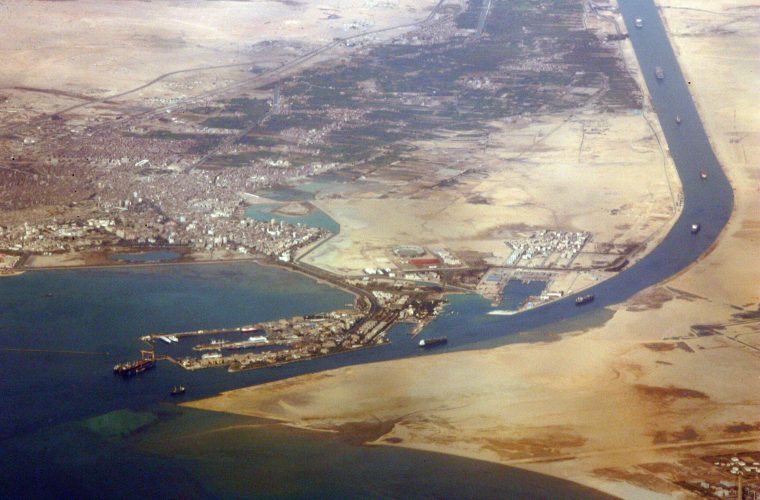 The expansion of the existing shipping lane, along with the opening of the new lane, further cements the Suez Canal as one of the most important and valuable canals in the world.

Following 12 months of tireless work from the Egyptian people, the new waterway now allows for simultaneous Northern and Southern vessel transit for the first time in its history.

Streams of world leaders and dignitaries from the business community turned out to witness the historic event and acknowledge the relentless efforts of the Egyptian people.

The project, which raised $8.5 billion in six days in its first round of funding, will gather revenues of US$12.3 billion annually by 2023, more than doubling the canal’s current revenue intake. President Al Sisi said he hopes the canal will become a symbol of the new Egypt; a gift from the nation to the world, and a demonstration of the determination and commitment of the Egyptian people.

The new canal, built parallel to the existing Suez Canal, will see a near 50 percent increase in vessel traffic by 2023, taking the daily transit volume from 49 to 97. Moreover, transit time for southbound vessels will be reduced by up to eight hours in total.

More than 43,000 workers collaborated to complete the project within a calendar year, despite having previously been cited as a three-year project. The construction metrics were colossal, with excavation works amounting to 250 million cubic meters at an estimated cost of US$550 million.

More than 242 million cubic meters of soil were dredged during the construction phase, resulting in a new canal stretching 35km in length and dropping to a depth of 24 meters.

A national subscription was created by the Egyptian government which invited residents and nationals to invest in the canal in order to raise the necessary funds. A staggering $8.5 billion were received in just six days.

“Today, as we unveil this gift to the world, we present a new Egypt; a more prosperous and positive Egypt. And in doing so, we place the Suez Canal at the pinnacle of the shipping industry.”