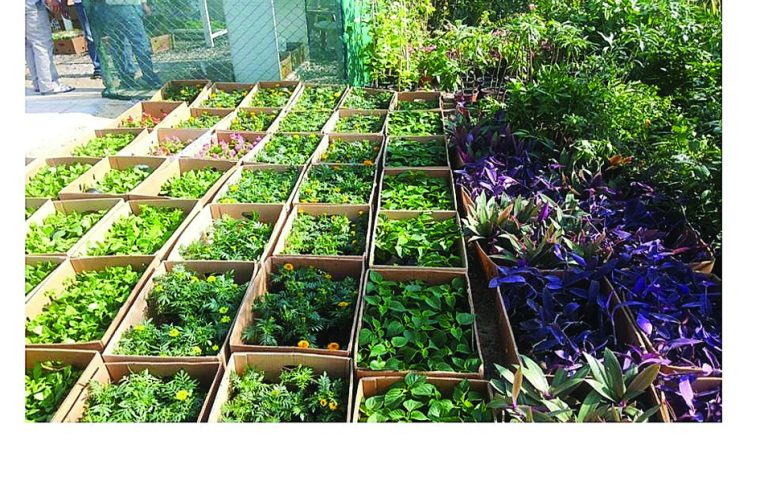 The prices of vegetables fell further at Al Mazrouh farmers’ market last week as compared to the previous week as supplies increased due to rising local farm productions.

Al Mazrouh as and the other two farmers’ markets (Al Wakra and Al Khor/Al Dhakheera) are open three days a week— Thursdays through Saturdays during the winter season only.

Tomatoes that are in high demand during winter due to their widespread use in curries have also become cheaper due to increased local production. Tomato prices fell from QR35 for a seven-kg box earlier to QR30 These are the tomatoes that are produced in local green houses.

As for tomatoes produced in traditional open farms, their rate fell from QR30 for a seven-kg box to QR24.

Pumpkin and radish prices have, on the other hand, become stable at QR20 and QR16 for a box, respectively.

Good quality of sweet melon (shammam) was available for QR50 for a box of 12kg and for QR25 was the rate for a small box.

According to reliable sources, local farms have achieved a high of 80 percent production target for this year. Several produce have begun coming on the local markets.

However, some local farmers are still waiting for some seasonal produce for harvesting.

“We targeted to produce some 2,000 boxes of vegetables per day this season. Our current production level has reached some 1,800 boxes per day,” said Mohammad Iqbal, a salesman of a farm in Semaisima area which is represented at Al Mazrouh Yard.

“Our production will increase further as we are expecting some new products like tomatoes, carrots and radish by the end of this month,” he said. “We will achieve our target of 2,000 boxes per day soon,” said Iqbal. However these produce are available at other outlets.

Regarding the demand for vegetables at Al Mazrouh Yard, Iqbal said, this week “We sold a total of 2,000 boxes of vegetables at the rate of 700 boxes per day. The remaining 1,100 boxes are being taken to the Central Market for sale as our total produce are 1,800 boxes per day”

“We are happy with the prices our produce are sold at Al Mazrouh. It is far better than what we get at the Central Market,” said Mohammad Ahmad, a salesman from another farm.

Regarding the produce, Ahmad said: “We planned to double our produce from 4,000 boxes per day at peak season last year to 8,000 boxes per day this season. We hope to reach our target by end of this month or the beginning of next month,” said Ahmad.