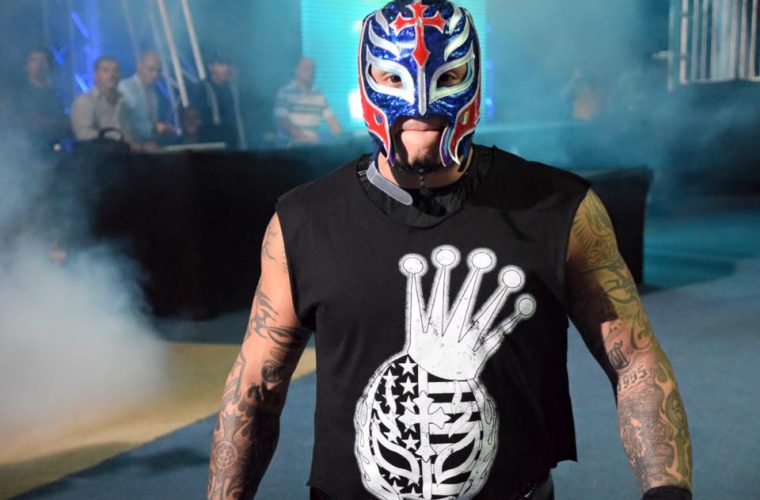 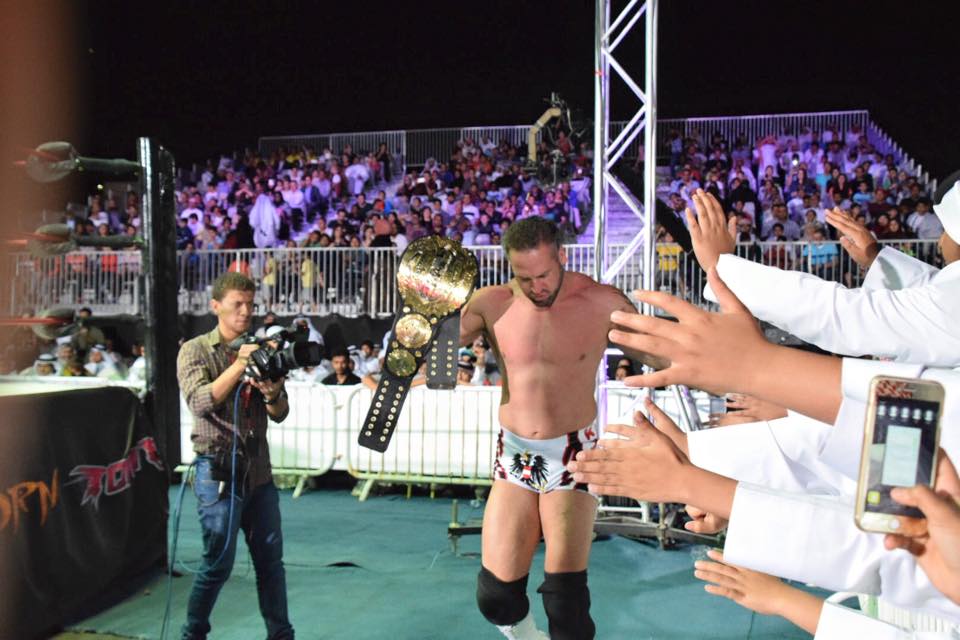 (Photo: Chris 'Bambi Killer' Raaber is back to defend his championship title)

Fans in Qatar of professional wrestling can once again get their fix this Friday, April 28, as fists meet flesh in the ring at the Ali bin Hamad Al-Attiyah Arena. The Qatar Pro Wrestling (QPW) Super Slam is back – bigger and brutal – as 25 international superstar wrestlers get ready to duke it out. With roughly 9,000 spectators expected to fill the stands to watch these multiple championship winners fight for the title, audiences can also look forward to a very special surprise celebrity host – but that’s all we can say for now. Want to know who? Then buy your ticket!

So just how fearsome are these beasts of the ring? Well, we sat down with Austrian wrestler Chris ‘Bambi Killer’ Raaber, five-time EWA World Heavyweight Champion to find out. (Turns out, they’re actually super nice guys!)

ILQ: Tell us a bit about your background and how you got into the world of professional wrestling?

CR: I remember at five years-old I got a program of, (back then), the biggest wrestling company in Europe in my hands and quickly decided that THAT was what I wanted to become – a professional wrestler! I started to train pro-wrestling in the age of 15 in Austria, had my début in Germany at 16 years-old, and the journey started! So far I’ve travelled to 39 countries all over the globe because of this beautiful sport – and I’m still counting…

ILQ: What’s the most emotional moment you had in the ring?

CR: I believe when I asked my wife to marry me in front of thousands of fans in my hometown, in front of my family and friends, was the most emotional moment in the ring.

ILQ: Tell us about your craziest fan.

CR: I’ve got a few very crazy fans! Some travel 10-12 hours to watch me wrestle here in Europe; but the craziest fans are actually in Japan! One time, a fan found out about my hotel and room number, so he called me. He asked if he can take me out for dinner, so I asked another wrestler if he was hungry, he said “Yes”and I asked him what he wanted to eat. “McDonalds," he replied, and so I told the fan that burgers would be great.

Well...about an hour later I received another call, and this fan had flooded the hotel lobby with paper bags full of burgers, nuggets, fries, drinks… I kid you not – he bought over 400 burgers, 10,000 nuggets, 50 drinks, bags and bags full of fries etc. Sol yes, that was kind of crazy – even more so because I don't really eat fast food! [Laughs] 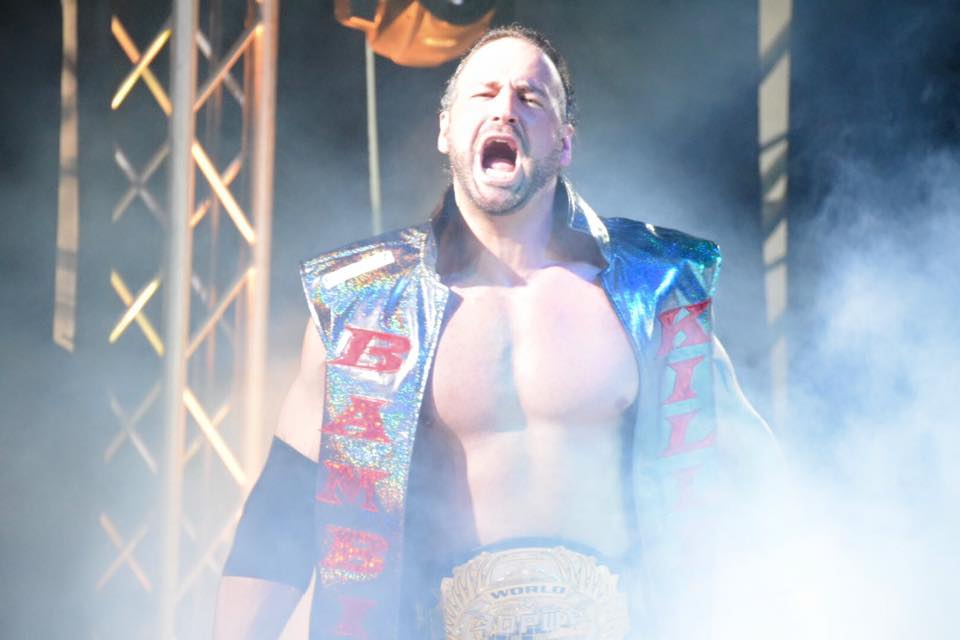 ILQ: How do you get yourself pumped before a match?

CR: I always get myself ready by listening to music! It can be classic, it can be rock, it can be heavy metal, or even country music – music is the key for me to get focused and ready to go…

ILQ: Walk us through a day in the life of a professional wrestler – What’s your workout routine like, and do you have to follow a strict diet?

CR: There are two different kinds of days for a wrestler – one is the ‘On The Road’ day, and the other is an ‘At Home’ day. While being on the road, it kind of looks like getting up fairly early, having a solid breakfast (high protein/ moderate carbs), getting a quick workout in, and heading to the airport, finding a place to eat, driving to the event location, getting your merchandise ready, prepare for the match, have your match, find a place to eat, check into the hotel, and do it all over again!

A day at home is a bit different for me; I own a wrestling school and gym in Austria, so before working out at my ‘dojo’ I’m having breakfast with the family. Working out at my ‘Catch-Wrestling Dojo’ is different then on the road – I get more time in on the weights, machines etc., and also use the ring a lot (to improve my in-ring cardio, have training matches etc.). Back home, I’ll cook for the family and get some quality time in. Quality time with the family is very limited; for example, I got home from Pakistan yesterday evening and I’m leaving in two days to defend the QPW World Heavyweight Title in Doha. So I always try to make the most out of the limited time I have with my family.

ILQ: Mentally, how do you overcome the fear of pain, and what’s the worst injury you’ve ever had in the ring?

CR: Well, I don’t fear pain anymore. With the years, you start to accept the pain – it’s part of the business! I’ve got a pretty big list of injuries to be honest; the worst injury happened only months ago when I had a match in Hanover, Germany and broke my elbow, tore my triceps and – the worst part – tore my tendon connected to the elbow. This injury sidelined me for months and it’s still bothering me a lot, to be honest. 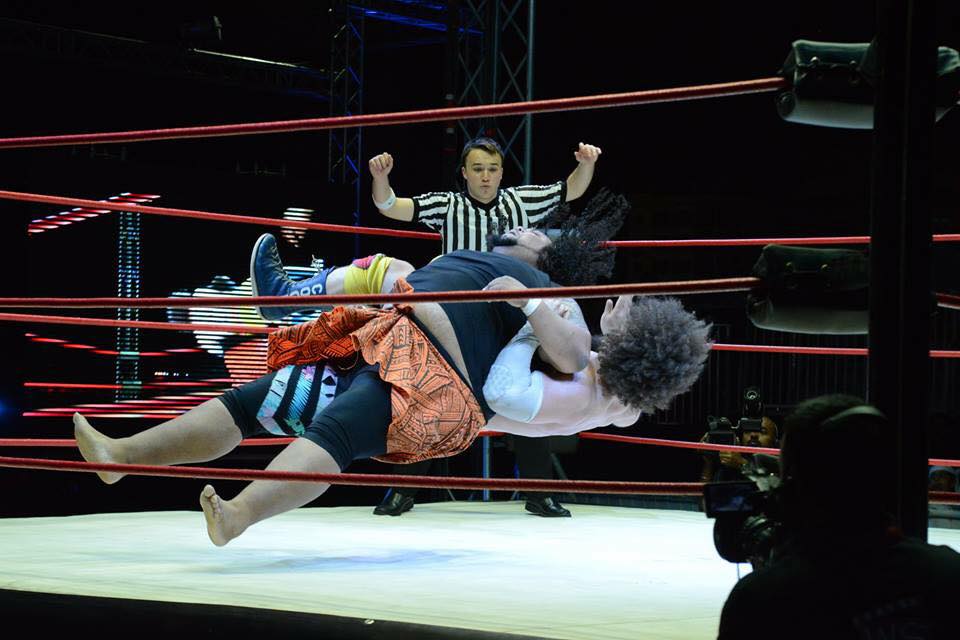 ILQ: How do you respond to any negative criticisms about wrestling as a sport?

CR: To be honest, wherever I go, wrestling is accepted as a fantastic, entertaining sport –to me there’s nothing coming close.

ILQ: Will this be your first time performing in Qatar? If not, what are your impressions of the place and expectations from fans and audiences in Qatar?

CR: Oh no, this is my fourth time coming to Qatar! Actually, on my first trip I won the tournament for the QPW World Heavyweight Title back in 2013 – and never lost the title! Qatar is beautiful, exciting and the fans are especially great and loud! I’m getting goose-bumps thinking about being back so soon to defend the QPW World Heavyweight Title!

ILQ: What’s next after this show in Doha, and how long do you see yourself staying in this world of pro-wrestling?

CR: Only a few days after returning from Qatar, I’m going to Germany, France, and returning to Pakistan for three big events as well! I’ve been a full-time pro-wrestler for 19 years now and will stay on the top of the mountain for as long as the fans want to see me and my body can take it – that’s a promise! 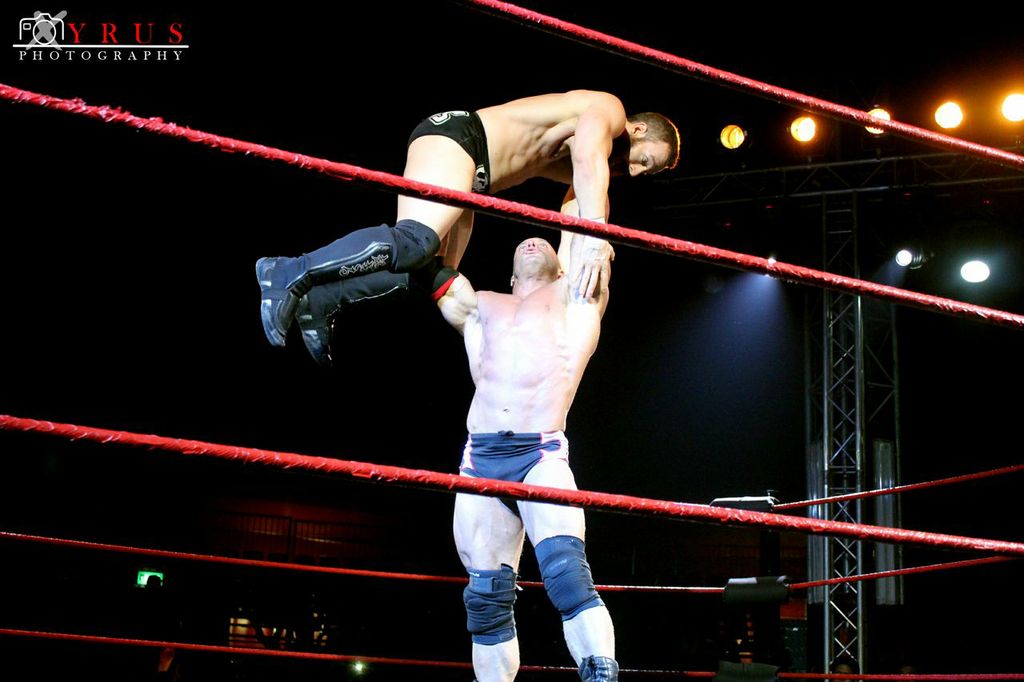 Who’s your favourite wrestler? Tell us in the comments section below and we hope to see you at the arena on Friday night! Also, don’t forget to give us a like and a share – it keeps us going!