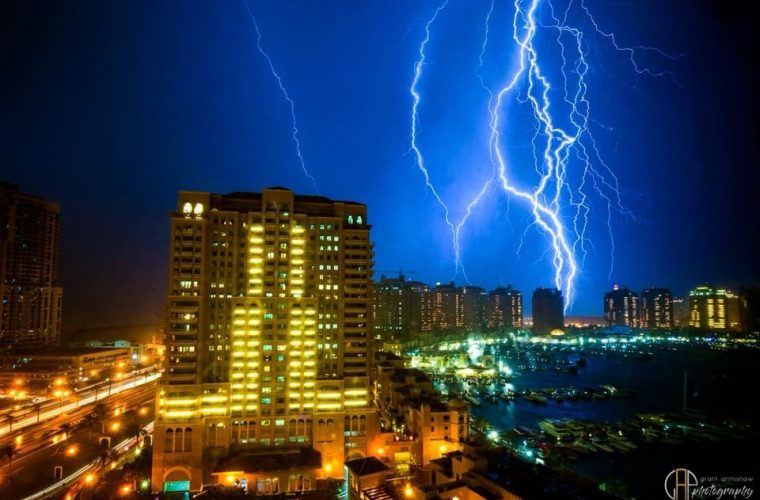 Heavy rain accompanied by strong winds have been reported from some areas of Qatar.

According to a post by Ministry of Interior it has been raining heavily from Umm Al Amd area towards the Shamal and visibility is almost zero in those areas.

MoI urged all motorists to “please be careful and pay attention to weather conditions.”

Many readers have been sending us messages from North of Doha saying that it is very dusty and also raining.

One of The Peninsula photographers reported from Madina Khalifa area that the whole place is hit by the dust storm and he had to drive into dusty condition with very low visibility. “It looked like a cloud from a distance, but I actually drove into it and realised its dust storm,” he added.

Qatar Meteorology Department (QMD) said on their social media handle that “dusty conditions and poor visibility observed in some areas including Doha due to the temporary strong wind associated with local thunderstorms. Visibility expected to improve gradually in the next few hours. Please be careful.”

MoI also warned that “low visibility in most parts of the country due to the strong dusty wind. Please pay attention to the road condition and do not hesitate to stop your car aside in case of reduced visibility.”

According to QMD the dust storm is caused by local convective clouds. "Local convective clouds form usually during the afternoon as surface heating causes rising currents of air (because warm air is less dense than cold air) which leads to the formation of thunder cells if enough moisture is available in the atmosphere.

"These thunder cells are usually accompanied with strong downdraft winds that raise dust and reduce visibility temporarily as the lifetime of a typical airmass summer thunderstorm is between 45 to 60 minutes and they usually dissipate before sunset due to the lack of surface heating," the department added.