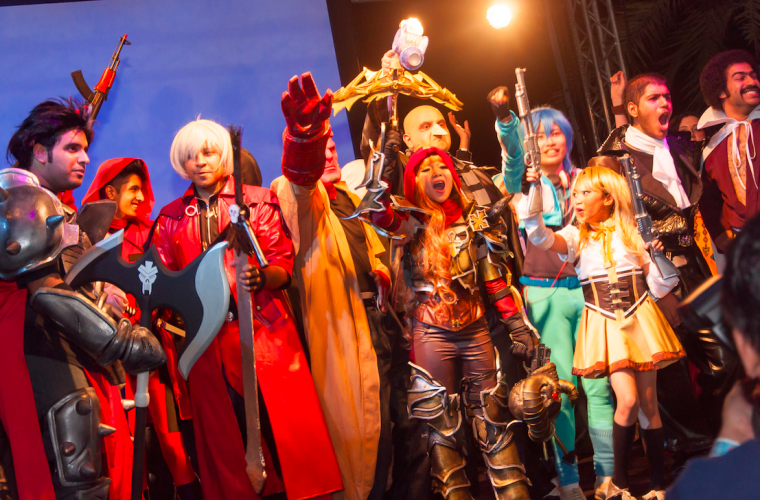 Following the success of IGN Conventions in Bahrain and Dubai, IGN Middle East is expanding into Qatar for the first time, opening doors for Qatar’s vibrant pop-culture community to join in the fun and take part in this spectacular event.

“The idea is to create an enthralling world for pop culture followers and video games, film and comic book buffs. IGN Convention’s Dubai stop has always attracted local and international celebrities to go with great content and amazing attractions. It’s not just for geeks, either – we’ve got some brilliant stuff for the entire family,” said Abbas Jaffar Ali, Director, IGN Middle East.

During these two days fans will get to be a part of several activities such as:

An Artist Alley will promote independent regional artists, game developers and film makers while commercial entities will showcase their products on the exhibition floor.

“Fans can look forward to celebrities, entertainment and fun. Cosplay addicts will mingle with geeks discussing movies while gamers exercise their thumbs and reflexes. Quite simply, it’s an event not to be missed for anyone interested in movies, TV, video games, comics or role playing,” Jaffar Ali concluded.

For more information on the event, please visit ignconvention.com

Ticket Prices: Regular – QAR75 if purchased in advance and QAR100 at the door; VIP: QAR500
Tickets are available at Virgin Megastore outlets and Ticketmaster.qa

What to expect at IGN Convention Qatar

IGN Convention is the melting pot for pop culture. It’s where you check out your favorite comics, play the biggest games, watch the most inspiring movies, and get to talk about them with likeminded people! Expect the latest and greatest from the world of movies, comics and video games with a couple of games being showcased in Qatar for the very first time.

Cosplay or Costume Play is a performance art in which participants wear costumes and fashion accessories to represent a specific character or idea. It has fast become a worldwide phenomenon.

Whether you’re competing or just dressing up for fun, this is the event you get to come dressed to as your favorite character. Registration for the competition is free and you get to show off your costume on stage for a chance to win amazing prizes.

Gaming Tournaments – Get your teams together and start practicing as IGN Convention will feature a number of gaming tournaments with fantastic prizes for the winners.

Celebrities and Panels – IGN Middle East is bringing some of the biggest celebrity names locally, regionally, and internationally. They will be holding discussion panels to talk about the video game and film industries as well as answer questions that the audience might have. And of course, there will be autograph signing and photo-op sessions.

Workshops – For those of you who love to learn, IGN Convention will bring you workshops in all aspects of the film industry, from acting, to directing, to animation, to editing, and more. The workshops will be conducted by the New York Film Academy.

Artists – Local and regional artists will be displaying and promoting their work at Artist Alley. Pass by to check them out and see if anything catches your attention.

Fun – Aside from all of the above, there will be several contests, games, and stage activities going on during the event being held by exhibitors and the IGN staff. Considering all of this, we really don’t think you should miss out on the experience!

Tickets are available online through Virgin and Ticketmaster and retail at Virgin Megastores. The pricing is as follows:

The special VIP ticket comes with the following benefits and perks:

· Separate queue at the Celebrity Village

· A goodie bag with celebrity posters and exclusive IGN Loot