Speed meets innovation and icons at the Qatar Motor Show 2017 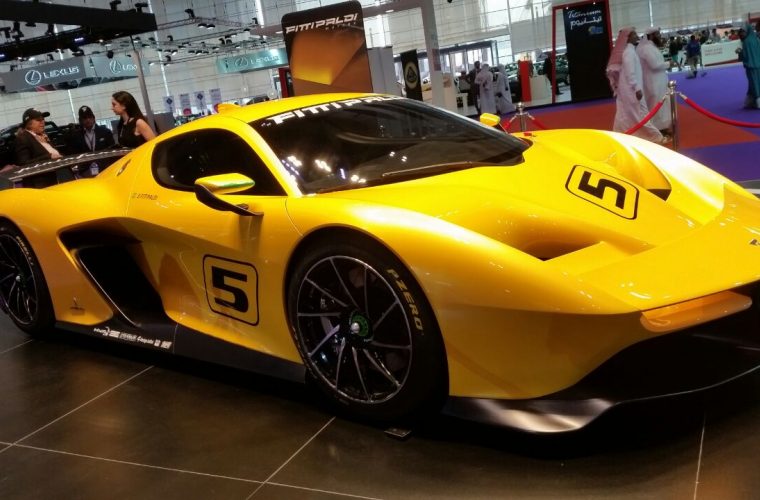 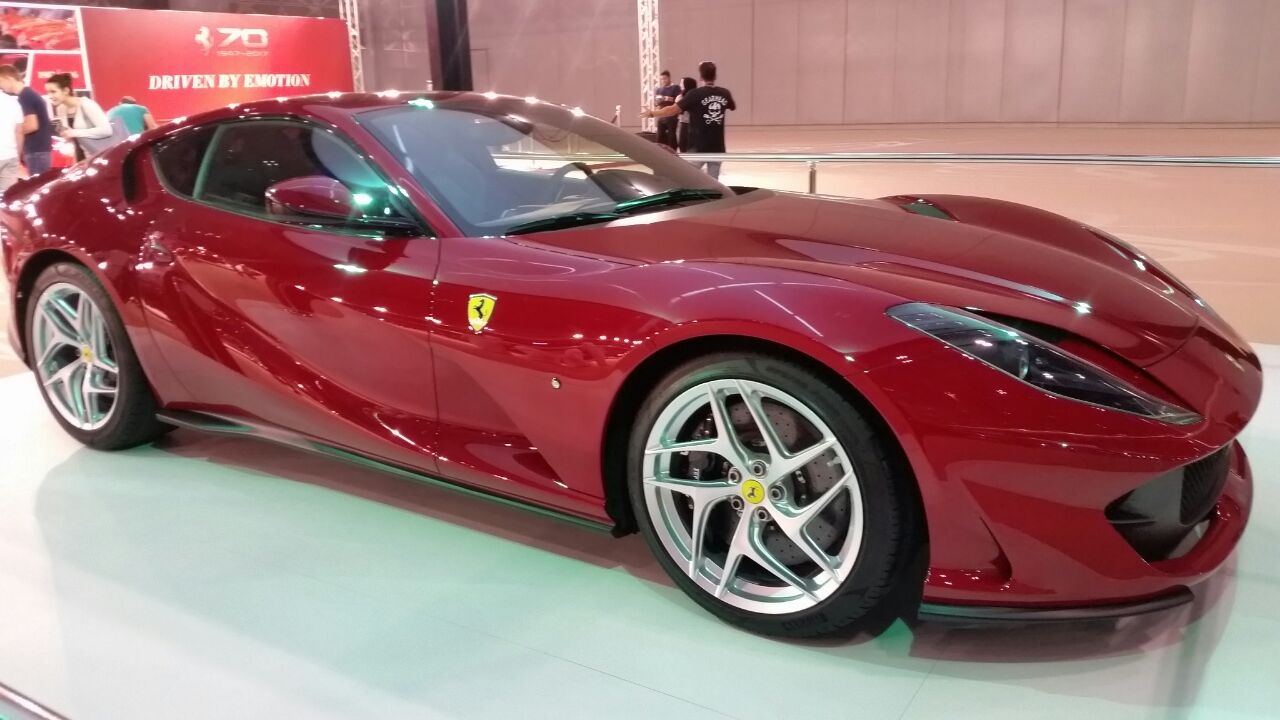 Saturday, April 22, 2017, marked the end of the five-day long 2017 Qatar Motor Show (QMS) exhibition showcasing the latest, fastest, boldest, and most classic cars. Under the patronage of H.E. Abdullah bin Nasser bin Khalifa Al Thani, Prime Minister and Minister of Interior of Qatar, and organized by the Qatar Tourism Authority (QTA) and Fira Qatar, was held for the first time at the Doha Exhibition and Convention Center (DECC).

In case you missed this year’s show, here’s our ILQ highlight reel of what we loved most – and why you may want to already mark calendars for 2018. 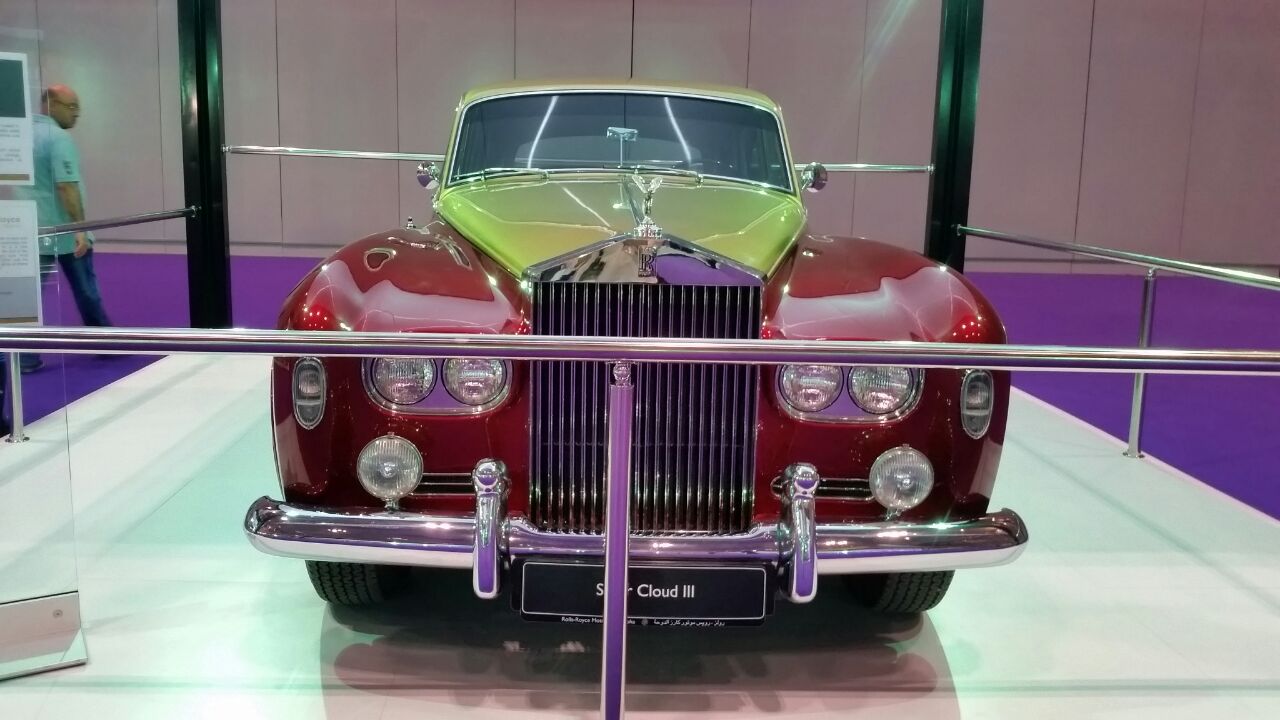 Once registered for free, you walk into the first part of the exhibition: a 5,000 sq m spacious room with some of the world’s rarest and iconic collectable cars. From Rolls Royces, Bentleys, and Jags, to old-school Minis and Beetles, we were stunned with some real beauties from the Sheikh Faisal Bin Qassim Al Thani Museum, Mawater Qatar, and Alfardan Automobiles. The room features individually-spaced cars – making for less crowding – and an entire wall dedicated to 70 years of Ferrari. Because this section is independent of the showrooms and other brands represented, it works well as a quiet, minimalistic yet decadent display of unique cars.

To complement this exhibition, special classic-car showcases featured more for the car-enthusiast’s eye, such as the muscle car parade on the 20th and the classic pick-up truck parade on the 22nd of April. 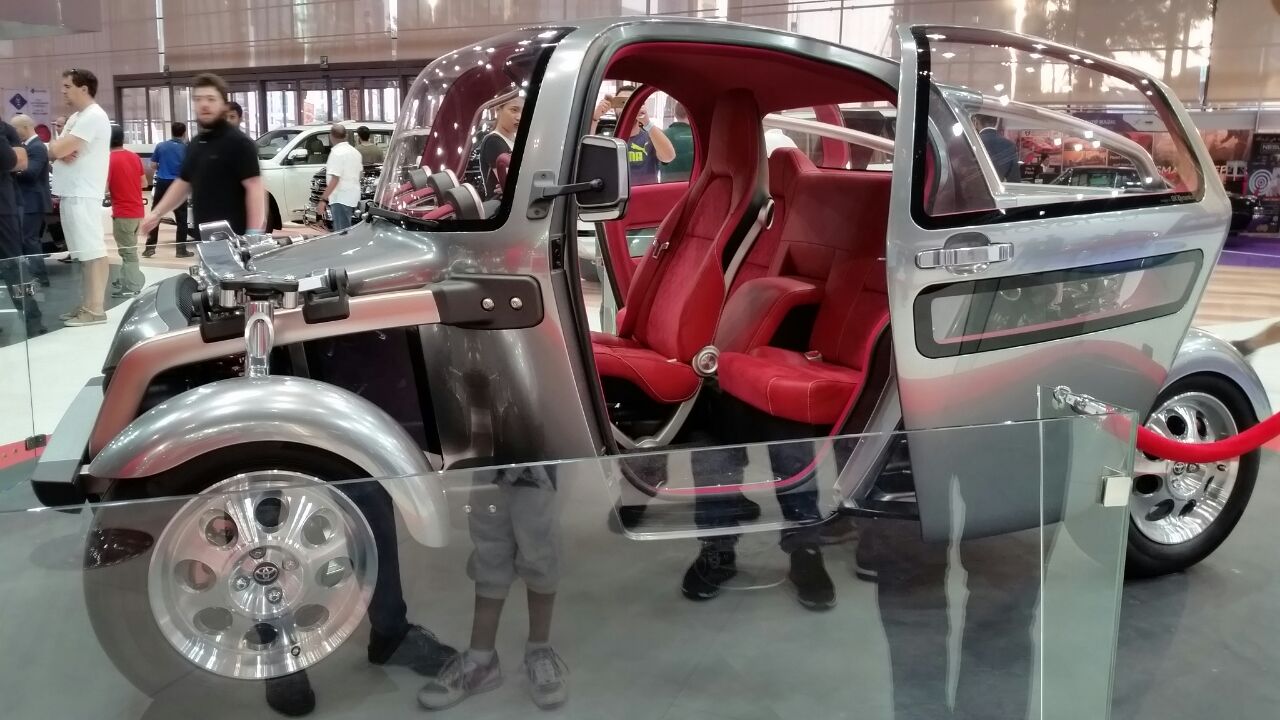 At the opening of QMS on Tuesday, April 18, 14 local and 8 regional official car launches took place. If you wanted to be the first to meet the newbies and request test-drives, or simply sit in one of your new dream cars, this was the place to be. One of the unveiled cars was the new Ferrari 812 Superfast with 12 cylinders – not only the fastest, but also the most powerful street-legal car to date, jumping from 0-100 km in 2.9 seconds!

The aim of the Qatar Motor Show was to present the freshest and latest technology in car innovation out there. If your mind was blown by the new Mercedes E-Coupe, how did it react to Toyota’s KIKAI? What’s usually hidden deep in the car’s shiny shell, was out on display for the KIKAI, which featured an exposed high-tech, experimental engine.

Sponsored by Commercial Bank, a new Super Car was revealed at the show. Did you spot this beast? It was the Lotus Evora 410, revealed for the first time in the GCC for the 2017 Qatar Motor Show! Living up to this year’s theme of ‘Driving to Innovation’, the Lotus Evora 410 fit the bill, with a maximum speed of 285 km/h, 410 horsepower at 7000 RPM, and a kerb weight of 1,336 kg. Independent aluminum double-wishbone suspensions separate the front and rear, while an anti-roll bar, Eibach springs and Bilstein dampers all allow the Evora’s privileged driver to switch between Drive, Sport and Race. 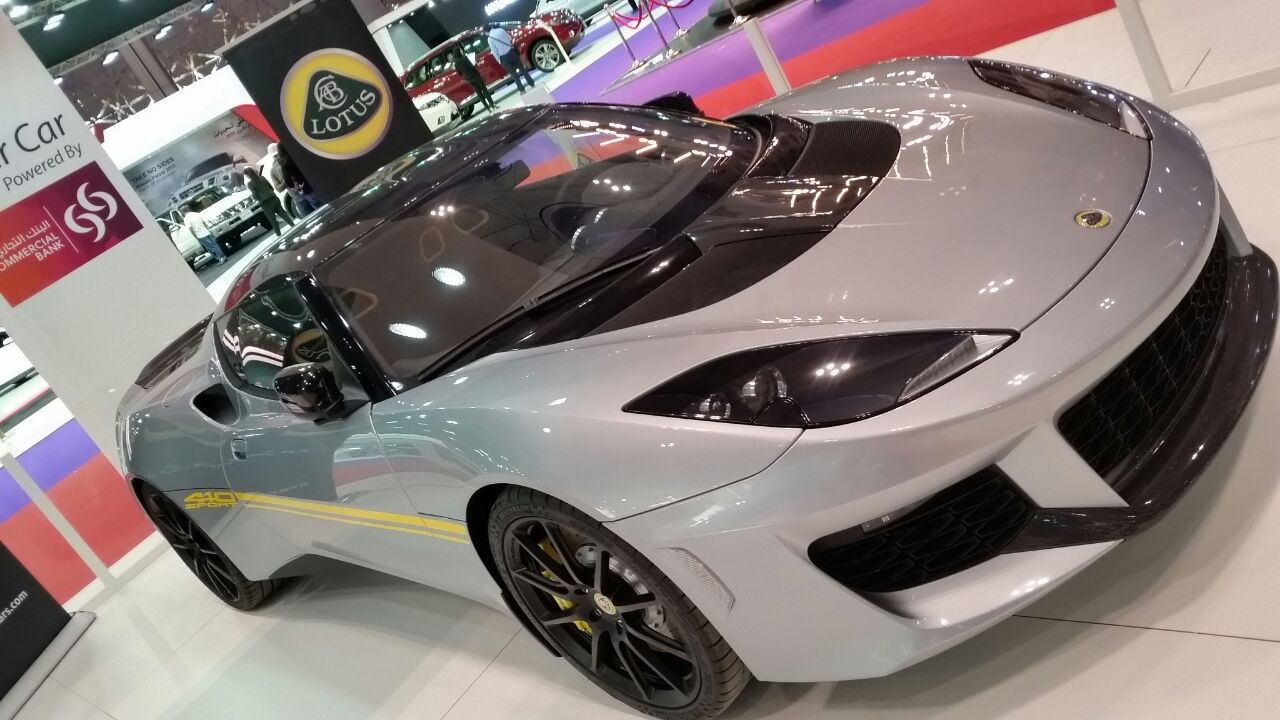 Another exhilarating surprise was the Fittipaldi EF7 VGT by Pininfarina. What’s the secret of this ultra-light supercar? Maybe it’s that it was produced for F1 and Indy Car racing champion Fittipaldi’s vision, or that it’s all carbon-fibre. Also, how many of your spotted the racing legend Fittipaldi himself at this year’s QMS?

What else was new at QMS? Well, pretty soon you’ll be able to get help building up classic cars yourself with a new Qatari company called Tazweed, started by two friends who with a passion for automotive repair. Making car-parts and the work around them more accessible to hands-on car fans is definitely a game-changer – not only in Qatar but also throughout the GCC.

Virtual realities, skateboarding, BMX rides, performances, comedy and neural sensor technology, contributed to clever and innovative fun at the QMA fan-zones. At the Nasser Bin Khalid Automobiles booth, mini slot-track race-cars were actually mind-controlled – you could test your ability to move a football up a glass tube with your brain-waves, and visitors were invited to take 3D pictures of themselves for a chance to win an actual print! It wasn’t just the little ones that enjoyed these engaging activities – that’s for sure! 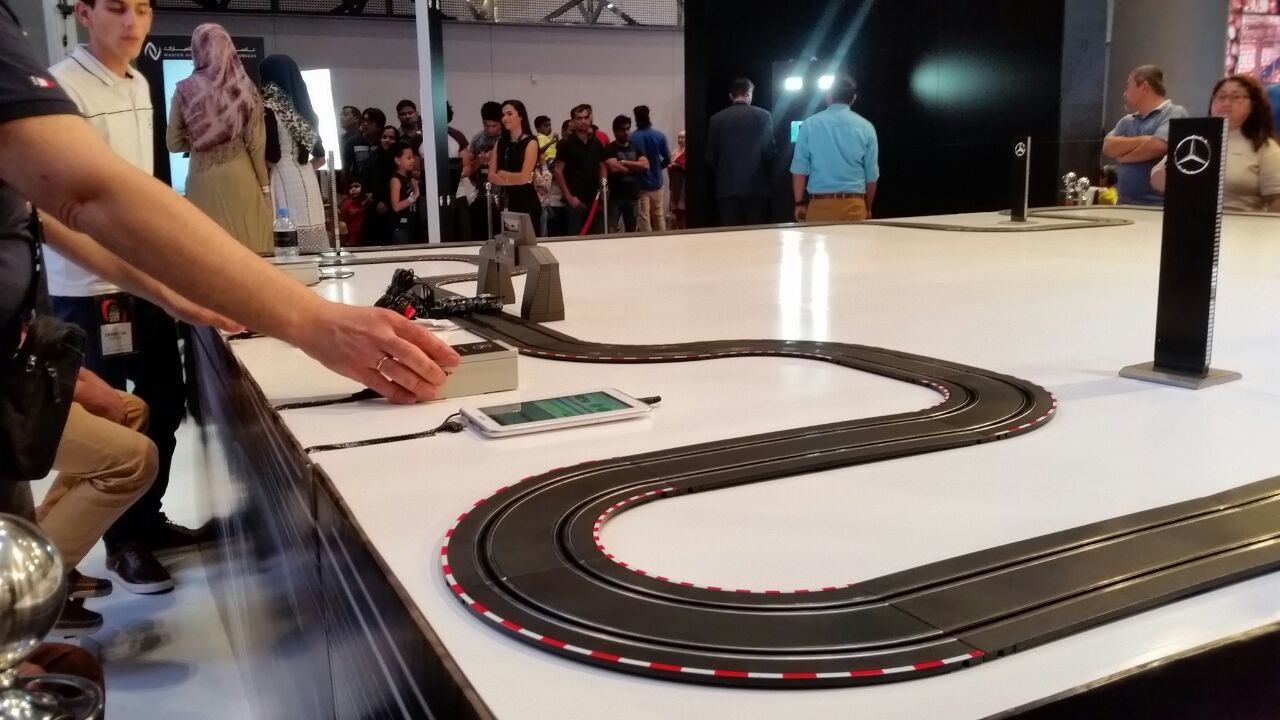 These are just a few of a long list of reasons why this year’s Qatar Motor Show rocked. If you went, why don’t you let us know what you liked best in the comments below? If you didn’t get to go – not to worry, because we hope that 2018 will be just as spectacular.

On the last day of QMS, ILQ was asked if we prefer the new Camaro – the most powerful ever – or, their new Mustang. We couldn’t decide so, which one was your favourite ILQ fans? Let us know and don’t forget to give us a like and a share – it keeps us going!