Smoke-belching vehicles on the rise in Doha 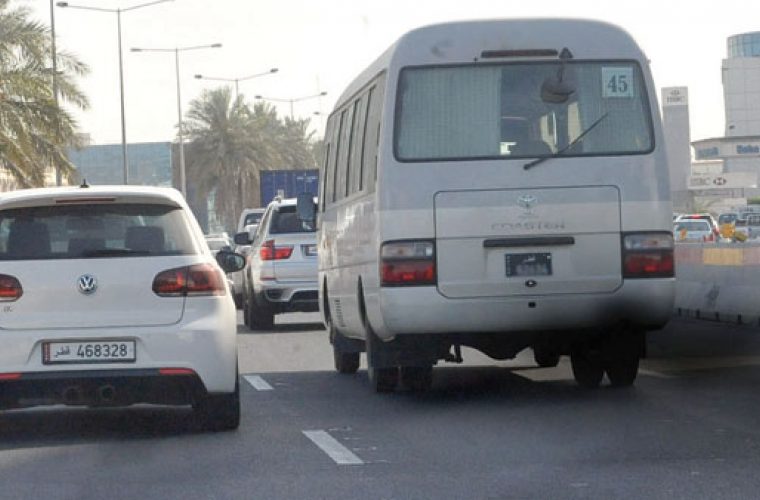 The number of vehicles that belch thick black smoke and pollute the environment is increasing on Doha roads, a cross section of motorists and commuters have said.

It is mostly heavy vehicles such as buses, trucks and pickups that are mainly among the polluters.

A mechanic working in a car service centre of a popular automotive brand told Gulf Times that such vehicles, mostly diesel powered, were probably not properly maintained.

“You can also find some sedans and SUVs emitting black smoke, which is an indication of a lack of regular maintenance and oil change,” he explained.

Black smoke comes out of the exhaust pipe of a vehicle because of an imbalance between the fuel and the air mixture inside its engine, according to him.

While all engines are designed to run optimally in a balanced mixture of air and fuel, he said a mechanical fault in the engine could be one of the causes.

This mechanic and his colleagues have observed that many smoke belchers, including heavy equipment vehicles can be seen in the Industrial Area and along Al Shamal Road. These included some backhoes, loaders, graders, bulldozers and big trucks.

Some of the buses and small trucks speeding along D-Ring going to Al Shamal road (or vice versa), Abu Hamour and Airport Road often distract motorists, prompting the latter to overtake them.

“The black smoke really puts you off, especially when you are driving behind such a vehicle. It really pollutes the air and it is harmful to human beings,” said an engineer, who also cited polluting vehicles as one of the problems faced by motorists in addition to unruly drivers.

While most sedans, SUVs and pick ups are properly maintained, it seems that some companies fail to allot enough funds to maintain their vehicles and bring them to the service centre on time, he added.