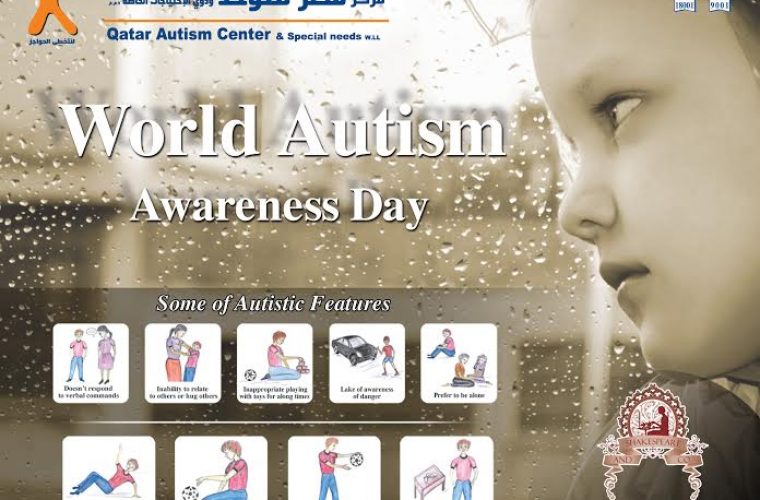 Popular restaurant and chocolatier, Shakespeare and Co., have pledged their support to the Qatar Autism and Special Needs Centre. In spirit of World Autism Awareness Day (WAAD), officially declared by the UN as the 2nd of April, and with the support of Her Highness Sheikha Mozah bint Nasser Al-Missned, Shakespeare and Co. have committed to donating QR 42,000 to sponsor three children for one year’s tuition at the Qatar Autism Centre.

“As a parent of one child, and expecting our second shortly, the well-being of children is something close to my heart,” said Sami Azrak, owner, Shakespeare and Co.

Autism is a widespread disorder that affects tens of millions of people worldwide, and with Qatar at the heart of spearheading the global awareness of Autism in creating WAAD, we at Shakespeare and Co. feel it is vital to contribute to raising awareness for this cause in our community. We chose the Qatar Autism Centre because we would like to bring to light the hard working, dedicated people that have committed themselves to helping those in need.” further commented Sami Azrak, owner, Shakespeare and Co.

In this regard, Amani slama, Academic Director of Qatar Autism Center commented “Autism is a disorder in neural development is a result of a problem in the brain functions and shows during the first three years of a child's life, so the earlier the diagnosis and intervention the better in assisting the Child in the development and creating an independent life, obtaining language and social sskills.

The General Manager Qatar Autism Center, Amira Ismail commented “Highlighting the contribution of various entities during such day is very crucial in drawing the attention and raising the awareness of autism disorder as well as shedding the light on the importance of social contribution towards it.” She added “families of the autistic children suffer from psychological and physical burden and with the support of Shakespeare & Co. we will raise some of those burdens therefore we extend our thanks to Mr. Sami Azrak for his support of two of our children and we hope for more support for raising awareness of autism and further supply educational tools that would be vital in supporting an Autistic child’s education and facilitating a better future for them.”

Currently the center has 85 children, ages 2 to 14, with 14 children accompanied daily by their teachers to local mainstream schools.