Sailiyah becomes a graveyard for birds 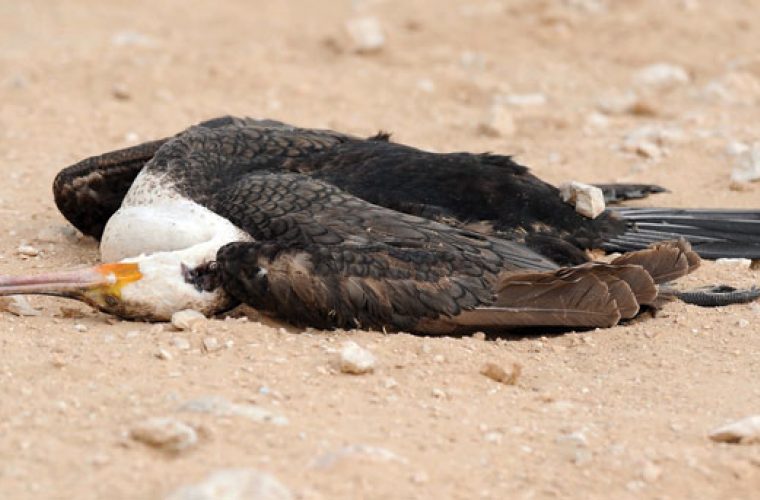 Some birdwatchers have voiced concern over indiscriminate shooting of birds by hunters for the sake of cheap thrill in Sailiyah, a famous birding site in Qatar.

Located around 20km west of Doha, the area has been a favourite spot for photographers and birdwatchers who come to see abundant species of birds, but lately has become a favourite site for hunters who have turned to shooting birds as a new hobby.

“I have seen carcasses of birds scattered in the place in the last three months,” a birding enthusiast who has been a frequent visitor to the area told this daily.

A visit by this reporter to the area revealed a heartbreaking scene as dozens of birds, mostly cormorants, were spotted lifeless, floating in the pond or left rotting on the ground.

The remains of the birds reveal the extent and span of hunting in the area.

Another birdwatcher who spoke to this daily has expressed concern that this hobby of shooting birds could pose potential danger to other people visiting the site.

“It would be acceptable if they hunt birds for food as in the past, but the problem is they just leave the dead bodies of birds around the place,” he added.

The hunters who are not knowledgeable about ornithology, he added, might also shoot endemic and endangered birds.

The site in Sailiyah is one of the locations where hundreds of birds such as herons, harriers, cormorants, kingfishers and egrets roost.

It is also a place where a number of bird types have been first recorded in the country.

“Because the area is not a protected site, hunters practise their hobby unafraid of the consequences,” said a community source.

There are at least five ‘Important Bird Areas’ in the country, including Al Dhakhira mangrove area in the northeast, Al Alyah Island, Sharawh Island, Al Shat Island, all off the eastern coast, and Khor Al Udaid.

“They should use their cameras, not guns to shoot birds,” said a concerned resident, adding the young should be made aware about and educated on the importance of birds and the dangers of shooting them.

Qatar has several bird watching sites, including in Abu Nakla, Al Thakira, Al Khor, Fuwairit Beach, Irkaya Farm, Khor Al Udait, Sealine, Umm Bab and Mekainees Farm, among others, but it is only Sailiyah where deliberate bird shooting has been noticed.