Residents urged to get their home number plates fixed 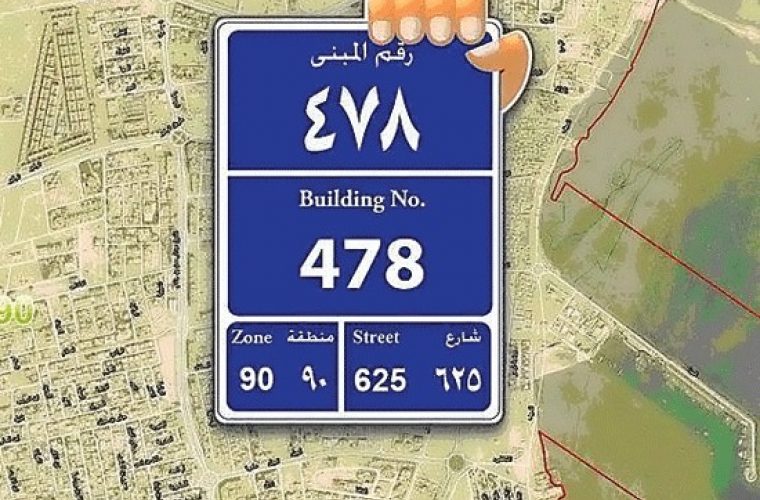 In a fresh call on social media, the Ministry of Municipality and Urban Planning has urged people to get their house number plates fixed as part of the ministry’s ‘My Address’ system.

The new plates will have the building, zone and street numbers. Presently, majority of homes have only the building number displayed.

The plates are installed by Centre for Geographic Information Systems (CGIS) under the ministry, which is planning to cover all buildings by this year-end.

As part of the first phase last March, an estimated 125,000 building number plates were been installed across Qatar, according to the ministry. On average between 1,500 and 2,000 plates are being installed monthly.

CGIS welcomes applications to install plates. Applications should mention the nearest address plate on the same street to the applicant or the plot of land, PIN and the new plate will be installed within a week to 10 days.

CGIS has a specified mechanism to update data and installation of plates on buildings.

Information is obtained in co-ordination with General Directorate of Civil Defence, Internal Security Force, National Command Centre of the Ministry of Interior, Qatar Statistics Authority, Q-Post, Kahramaa and all municipalities.

Also in the first phase, a decision was taken to fix plates on the right side of each building and assign odd numbers to buildings on the left side of the road and even numbers to those on the right.

The second phase will have a system to develop the database which also included Qatar General Electricity and water Corporation (Kahramaa) number, types of building, old numbers, survey numbers, zones and streets.

The ministry has ordered all municipalities to submit a monthly report on details of new buildings in their jurisdiction to include them in the database ahead of providing plates.

In a separate awareness campaign, the ministry urged the public to follow a convenient way to receive emergency and other services fast.

The new system will help residents get easier access to services, including Ambulance Services and Civil Defence.