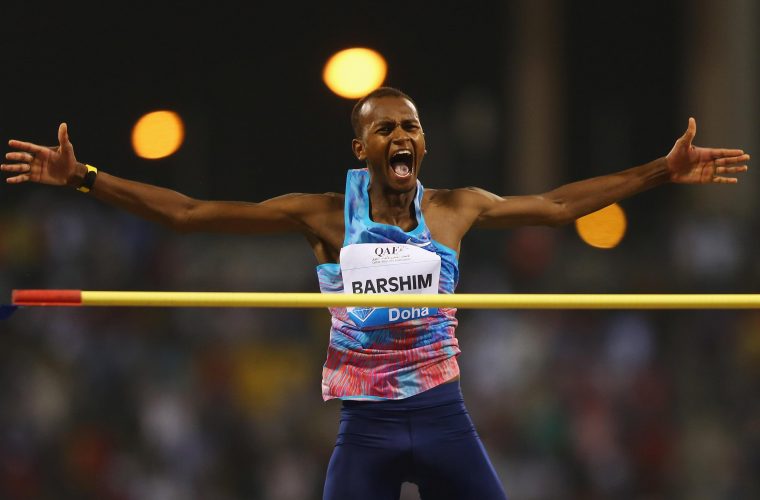 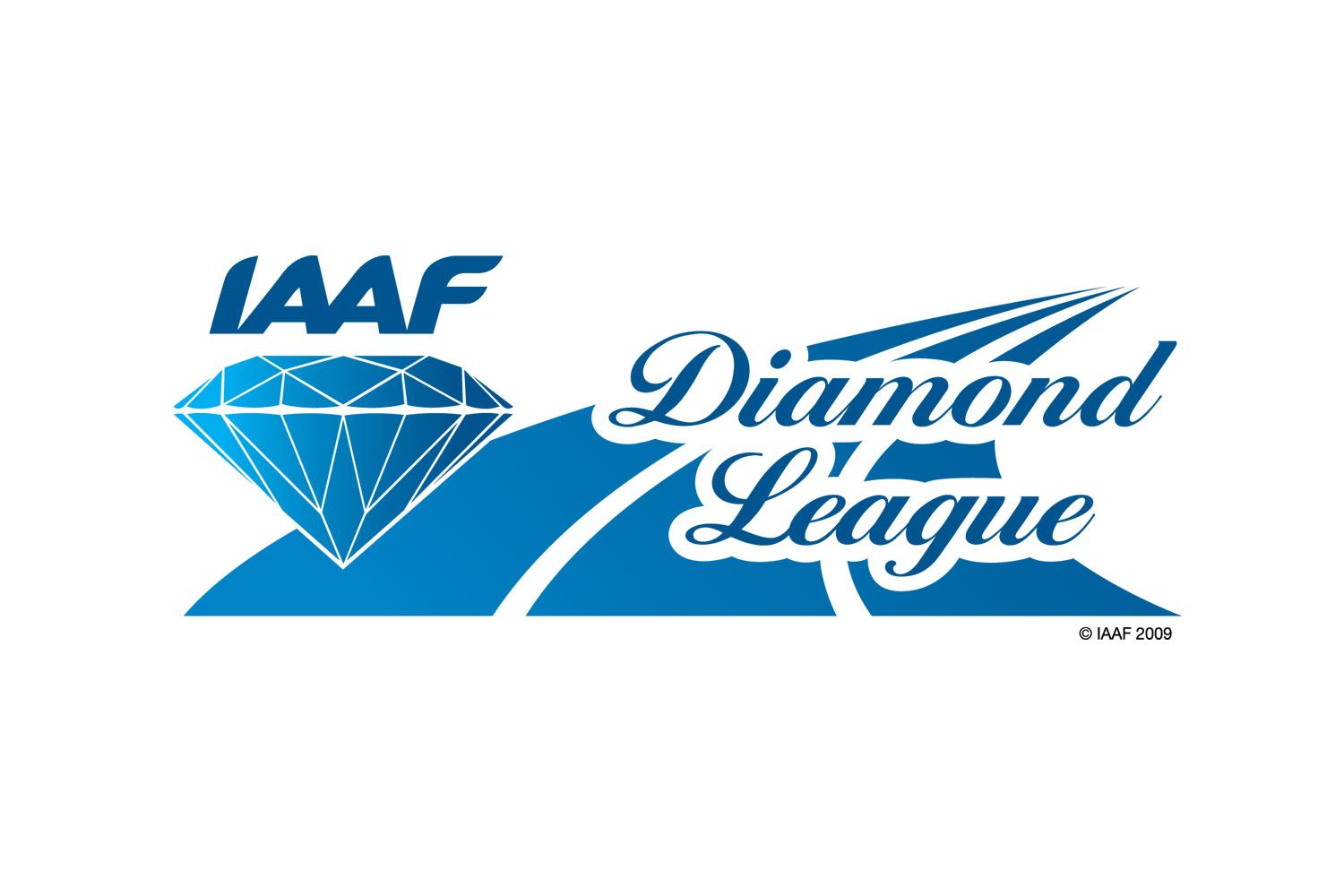 Friday evening saw the Diamond League athletics 2017 season begin, with the first meet taking place at Doha’s Qatar SC Stadium. Between now and September 1, 2017, the League criss-crosses the globe, taking in venues as diverse as China, the U.S., the U.K., and Morocco in a total of 14 events.

The cream of world athletics compete in the League, which makes the achievement of three Qatari athletes on the night all the more impressive in what was a dream start for the hosts.

Qatar’s Abderrahman Samba stunned an incredibly strong field when he stormed to victory in the 400m hurdles, beating reigning Olympic Champion Kerron Clement by over a second with a time of 48.44s. The young Qatari only took up the distance this year and undoubtedly has an incredibly promising season and career ahead of him. After his victory he beamed: “I competed against champions and this is such an honour. I'm very happy with the outcome.”

Meanwhile, Mutaz Barshim – who at the age of just 25 is already a bona fide Qatari sporting legend – got his season off to the perfect start with victory in the men’s high jump, dominating the field in the process with a height of 2.36m cleared on his first attempt. Britain’s Robbie Grabarz finished second with 2.31m.

Barshim, the silver medallist from the 2016 Rio Olympics, commented: “We came here with two targets – the win and the lead. I got that, so I don’t want to exhaust myself. I’ll be in Shanghai in five days so I’m hoping for the best.” 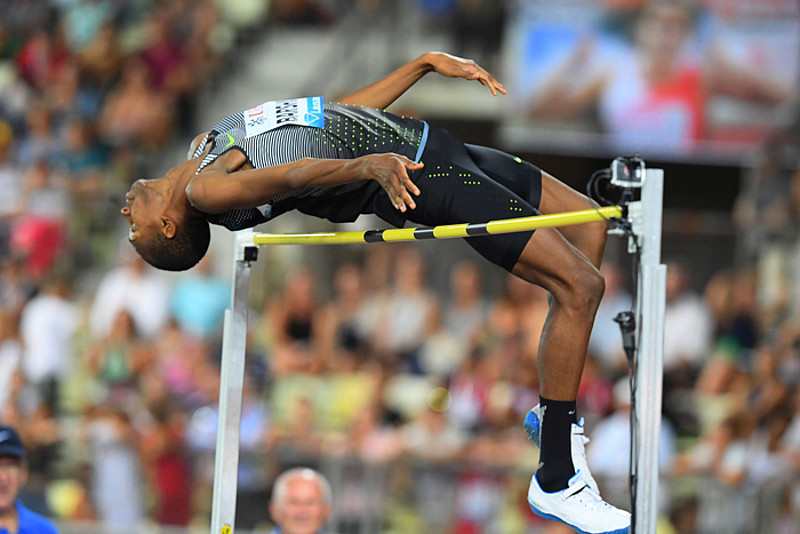 (You win again: Qatar's Mutaz Barshim is well on the way to becoming one of the best high-jumpers of all time. Photo credit: IAAF Diamond League)

When we take Barshim’s age into consideration, and the fact that he’s improving year-on-year, it would take a brave man to back against him taking gold in his chosen event at the 2020 Summer Olympics in Tokyo. It’s a superb advert for Qatar’s progress in athletics that when Barshim is jumping, you almost expect him to win.

On that basis, you could make the case for Samba’s 400m hurdles being the best result for the hosts. Either way, it was a great night for Qatar and helped create a thrilling atmosphere at the venue.

Elsewhere, three meeting records were broken as multiple Olympic and World Champions came together for the first time since last summer’s Olympics.

Another highlight of the night came when Germany’s Thomas Röhler threw a monstrous 93.90m in the javelin to achieve the second furthest distance of all time, breaking the Diamond League record in the process. Said Röhler: “I didn’t expect that in the first start of the season. I’m second best ever. It will take some days to realize that.”

In the women’s 800m Caster Semenya of South Africa continued her domination of the event with a new meeting record of 1m 56.61.

In the women’s 200m, Elaine Thompson of Jamaica beat rival and 2015 World Champion Dafne Schippers of the Netherlands, with a season’s best time of 22.19s, continuing the sprint domination that saw her become the first female since Florence Griffith-Joyner in 1988 to win the Olympic sprint double in Rio 2016.

There was a shock result in the 100m as South African Akani Simbine defeated a field of world-class sprinters with a time of 9.99s – dipping under 10 seconds despite a strong headwind and leaving pre-race favourite and Rio 2016 silver medallist Justin Gatlin trailing in fourth. Jamaica’s Asafa Powell finished second and the ‘fastest man in Asia’ – Qatar’s Femi Ogunode, came in third. Another great result for the hosts. 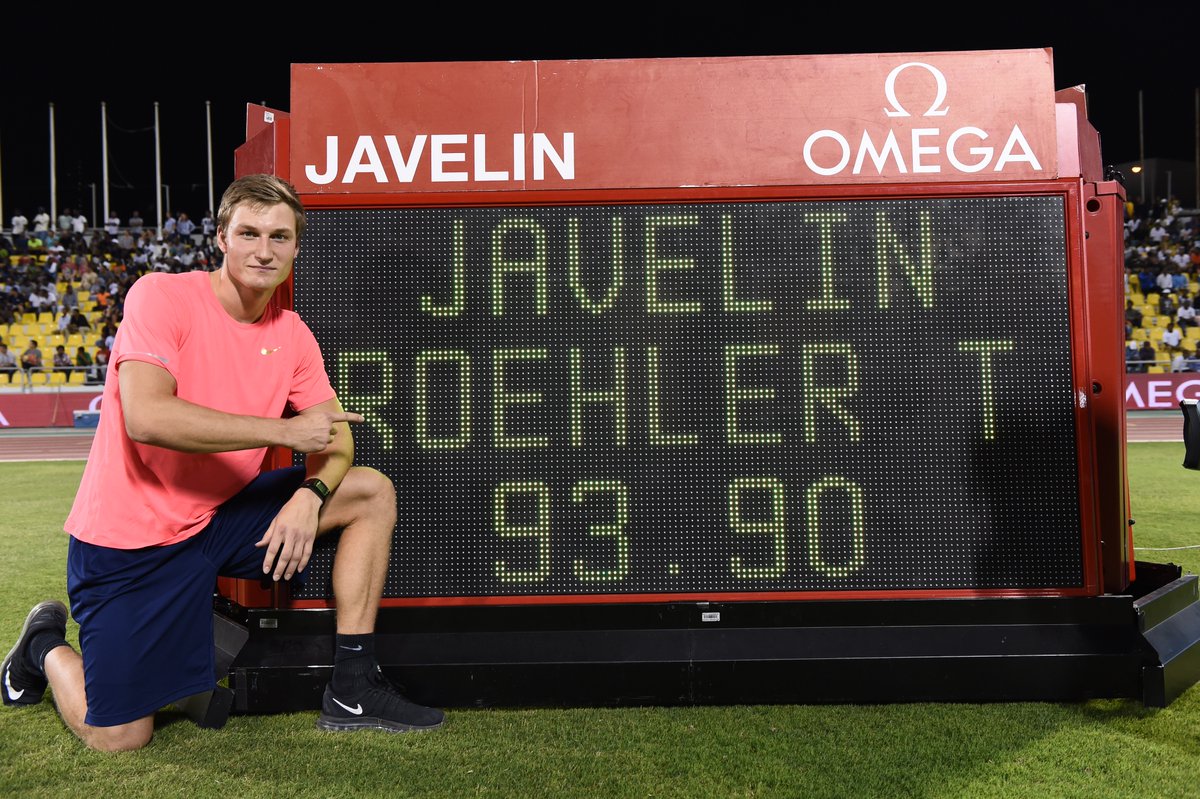 At the conclusion of the event, President of the Qatar Athletics Federation, Dr Thani Abdulrahman Al Kuwari commented: “Our ambition in the run-up to this meet was to organize an exceptional event. To us this meant bringing the excitement of athletics to new audiences, inspiring young athletes, and continuing to develop our sport to greater levels across Qatar and the Middle East.

“Tonight the atmosphere inside the Qatar Sports Club was electric, the competition terrific and, together, we’ve once again inspired a host of talented new athletes who will continue to showcase this fantastic sport. I’m looking forward to next year already!”

Were you a spectator cheering on Qatar’s best at this year’s IAAF Diamond League event? Tell us your thoughts and highlights on the 2017 athletics meet in the comment below, and don’t forget to give us a like and a share – it keeps us going!