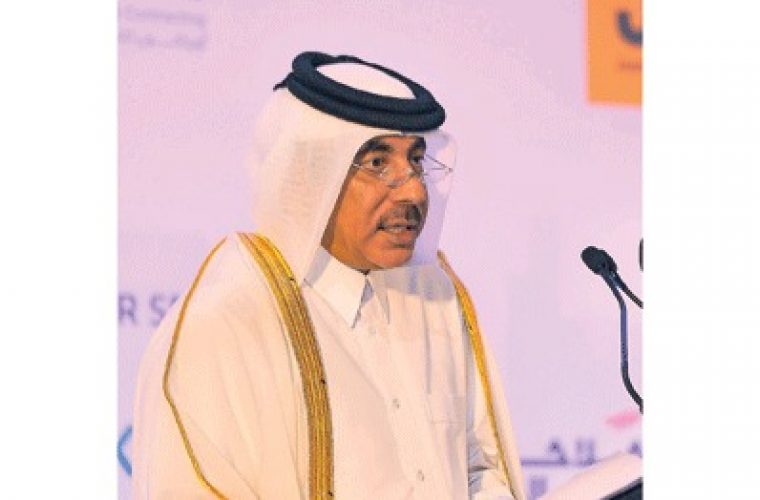 By 2020, Qatar will have highways with a total of length of more than 8,500km, 200 new bridges and 30 new tunnels, the Minister of Transport H E Jassim bin Seif Ahmed Al Sulaiti said yesterday.

Al Sulaiti said these projects are in addition to the existing and recently completed transport facilities including the Hamad International Airport, the largest new airport in the Middle East, and the Hamad Port, a new center for maritime transport which begins its pilot operation before the end of this year.

He said the Doha Metro project, the largest project of mass transportation in the cities of the Middle East has entered the Guinness World Records after operating the largest number of giant tunnel boring machines at once. “This shows the relentless and hard work being made to accomplish our projects on time and as planned,” said Al Sulaiti said. Besides the expressway that will link Doha to all the major cities and energy and industry centres, the minister said, there are preparations to start working on a long-haul train for passengers and goods that will link Qatar to the GCC rail network.

He noted that there are more opportunities now for the development, operation and maintenance of transport facilities more than ever, stressing that Qatar aims not only to establish world-class infrastructure but also building a complete, effective and high-tech transport system that serves the sectors of services, economy and environment and links Qatar effectively to the regional and international economy. “We have the resources and the wise leadership that is committed to achieve our dreams on the ground.”

The minister invited participants to work with the Ministry of Transport and the current and prospective partners in the active Qatari business sector to develop a distinguished transport system in Qatar that becomes a global reference for quality, efficiency and linking. The minister said the conference represents an exceptional opportunity for investors, project managers, technology providers and industry experts to offer their experience and explore investment opportunities available in the transport sector in Qatar.

Al Sulaiti pointed out GDP grew 20-fold during the past twenty years and until 2014 as a result of unprecedented increases in hydrocarbon production and exports as well as high manufacturing of non-oil products and the growth of services sector. During this period, the per capita GDP in Qatar became one of the highest in the world as Qatar recorded at the same time an unprecedented surplus in the budget and balance of payments which led to the global recognition of the importance of what Qatar has achieved and its plans for the future.

The Supreme Committee for Delivery and Legacy (SCDL) Secretary General Hassan Al Thawadi said that the SCDL is always keen to communicate with all the entities concerned in the transport sector to put executive plans that ensure a smooth and easy movement for visitors during the Qatar 2022 World Cup.

He said that despite the fact that the World Cup is seven years away, preparations are constantly progressing at all levels thanks to “our deep belief that the Middle East and the Arab world need to host an event as big as the World Cup” as it constitutes a genuine opportunity to enlighten the future of the region, revive its economy and give a chance of creativity for its youth despite the current conditions.