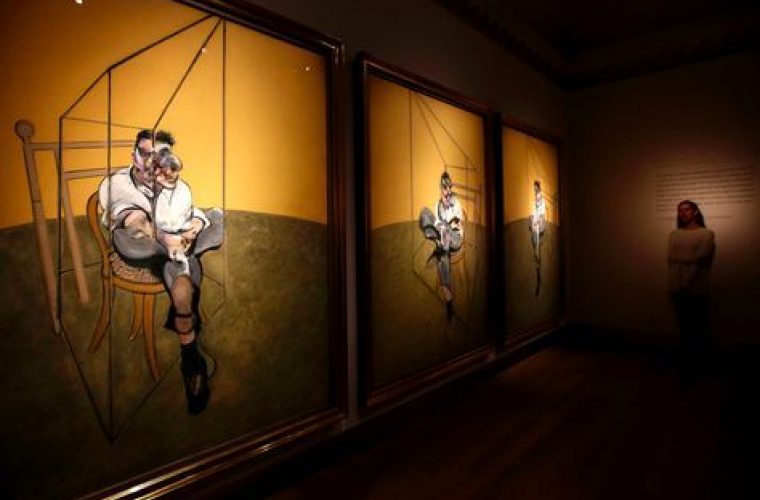 Sources in the US have confirmed Qatar was the success bidder behind the $142.4m sale of painting by Irish-born artist Francis Bacon last year, making it the most expensive work of art ever sold. The New York Post exclusively revealed Bacon's painting "Three Studies of Lucian Freud" was bought by New York’s Acquavella Gallery, with sources telling the newspaper the client was HE Sheikha Al Mayassa bint Hamad bin Khalifa Al Thani, the sister of the Emir of Qatar and head of the Qatar Museums Authority (QMA). The 1969 piece of artwork by the Irish-born artist was sold at a Christie’s auction in New York and eclipsed the previous world record, which was the $119.9m paid for Edvard Munch's "The Scream”. In a statement to Doha News, a QMA spokeswoman declined to confirm or deny it had bought the painting. The daughter of the former emir of Qatar, Sheikha Al Mayassa in October was named as the art world's most powerful figure after the tiny Gulf state went on an unprecedented spending spree at auction houses and in private sales around the world to fill its new museums. As head of QMA she topped ArtReview magazine's annual Power 100 list, the second year in a row that a woman has taken the No. 1 spot. The US-educated Sheikha was chosen "on account of her organisation's vast purchasing power and willingness to spend at a rate estimated to be $1 billion a year - in order to get top works of art for its Doha museums", ArtReview said. "I think the figures definitely speak for themselves, and of the importance she has for the art market," Mark Rappolt, ArtReview's editor, told Reuters in a telephone interview. The Museums Authority is generally thought to have been behind the record $250 million purchase of a Cezanne painting of two card players. The 2011 sale, details of which have never been officially confirmed, was about double the previous record for a painting. The purchase instantly put the Museums Authority into the big leagues of international collections, with the others in Cezanne's five-painting series held by the Musee d'Orsay in Paris, the Metropolitan Museum of Art in New York, the Courtauld in London and the Barnes Foundation in Philadelphia. Since then, the Sheikha and the Museums Authority have picked up works by Picasso, Damien Hirst and others, while engaging in a massive museum-building project in the Qatari capital Doha, Rappolt said. "I think also in some ways you could say that the Qatari Museums Authority is symptomatic of a global art culture in which art is culturally exchangeable," he said. "People with money have always bought and traded commodities and art has been one of them. In some ways it's nothing new but perhaps on this scale it gets a bit newer." The No. 1 spot last year went to Carolyn Christov-Bakargiev, a U.S.-born Italian-Bulgarian curator little known outside the art world and the first woman to be selected by the magazine for the honour. Previous art-world figures to top the list include Hirst, who is also a collector, artist Ai Weiwei and gallery owner Larry Gagosian. Appearing on the list for the first time this year in the 12th year of the rankings are two art schools: Frankfurt's Staedelschule ranked at 78 and New York's Bard Center for Curatorial Studies at 80. "The two academic powerhouses are responsible for training a generation of artists and curators whose influence is being felt around the world," the magazine said. The youngest person on the list, at number 93, is Forrest Nash, 25, founder of the Contemporary Art Daily blog. This year's list, compiled by a 13-member international jury, was marked by a continued shift from public to private resources, with the owners of those private resources becoming more inventive about the way they deploy them, ArtReview said. ArtReview is a leading contemporary art magazine, published since 1949 and distributed throughout Europe, the United States and Asia. http://www.arabianbusiness.com/qatar-pays-record-breaking-142m-for-bacon-painting--report-527191.html