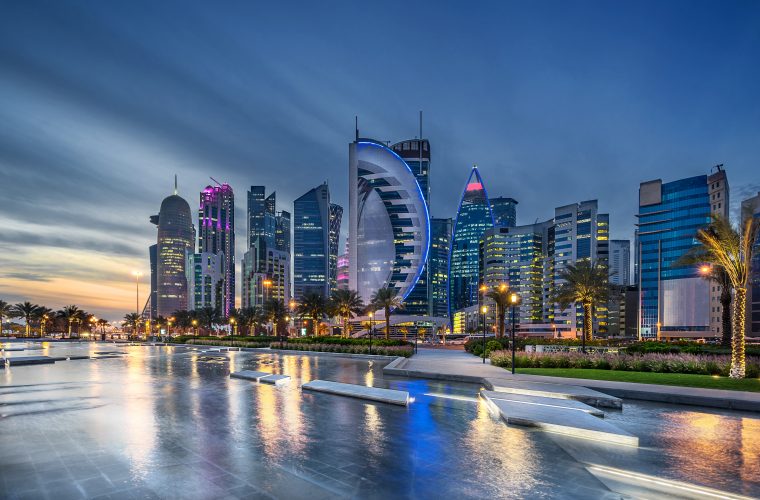 The Arab Forum for Sustainable Development 2019 concluded in Beirut with the participation of a Qatari delegation led by HE Secretary General of the Ministry of Foreign Affairs Dr. Ahmed bin Hassan Al Hammadi.

HE Secretary-General of the Ministry of Foreign Affairs delivered a speech at the first plenary session of the Forum entitled "towards achieving the goals of sustainable development in the Arab region".

During a round table on lessons learned from voluntary national reviews, HE Head of Department of International Cooperation at the Ministry of Foreign Affairs Tariq Ali Al Ansari highlighted the interest of the State of Qatar in the issue of sustainable development and the long-standing voluntary national reviews. He noted the interest and political will of Qatar to participate in the high-level political forum on sustainable development.

Al Ansari said that the 2030 agenda clearly recommends voluntary reviews during the high political forum. He said that the State of Qatar presented its first voluntary review on sustainable development in 2017. It also made a second voluntary presentation in 2018 to stimulate countries with national strategies to participate in exchanging expertise and benefit from practical friction in the development of its strategy and performance indicators, he added.

He stressed that the State of Qatar will participate in the high-level political forum on sustainable development in 2019, but will not make a voluntary review this time.

On lessons learned from voluntary national reviews, HE Al Ansari said that the most important challenge is the process of harmonizing the national objectives with the international goals of sustainable development. He pointed out that there isn't a single formula valid for all countries due to the continuous change in data and the need for accuracy due to the changes in the national priorities.

He added that voluntary national reviews have significant benefits such as the profiting from different experiences. He advised countries with national development strategies to make voluntary reviews.