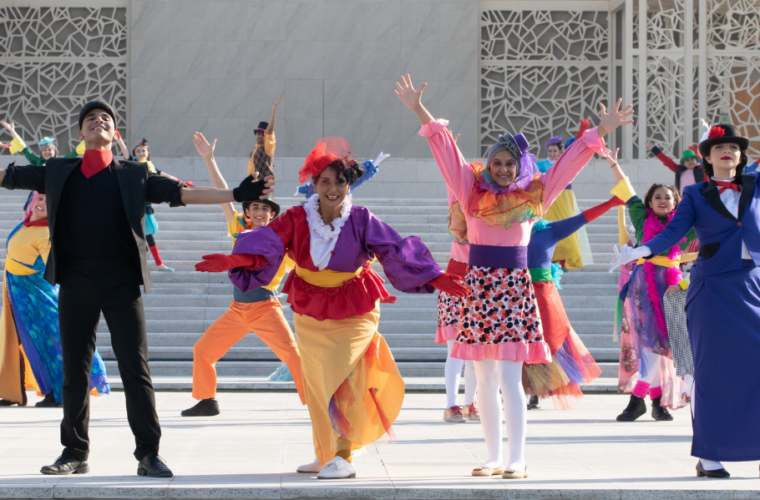 As reported by QNA, Qatar Foundation for Education, Science and Community Development (QF) announced on Sunday that 'Showtime!', a multi-award-winning musical theatre initiative that features well-loved Broadway and West End songs from classic musicals, has won two awards at Cannes Film Festival in the Social Media and Short Video categories.

The initiative was established by QF and produced by The Edge, a Qatar-based film and TV production company. The film's soundtrack was provided by the Qatar Philharmonic Orchestra, a member of QF.

QF asked The Edge to help them bring the stage to the streets by filming expertly choreographed musical performances and broadcasting them online to the world, The Edge said in a press statement.

Besides Cannes, 'Showtime!' also won at the EVCOM London Film Awards for Cinematography, Sound and Direction, and in Short Films at New York Festivals.

In total, the creative team involved 20 crew members and a cast of 55, made up of QF school staff and students. For most of the cast, it was their first musical theatre experience.

It is noteworthy that QF presented 'Showtime!' to promote creativity in the field of performing arts and enriching theatrical and musical performances in pre-university schools of the foundation, QNA added.