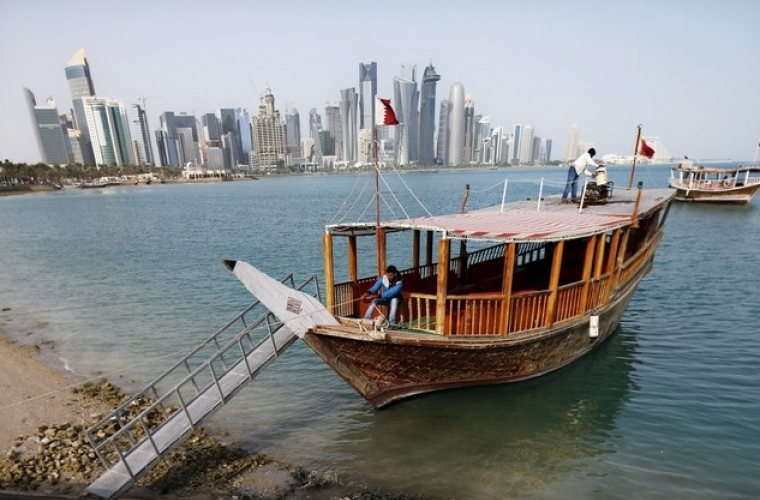 Qatar’s property market could be heading for a correction if low oil prices continue to slow the country’s economy, a report warns.

A fall in government revenue resulting from last year’s oil price slump is likely to lead to cutbacks in the country’s Fifa World Cup 2022 infrastructure, as well as pushing down rents and leaving offices standing empty in Doha over the next few years, according to the property broker CBRE.

An extended period of low oil prices is likely to reduce demand across all property sectors this year as the Qatari budget slips into deficit for the first time in 15 years, CBRE said.

Although Qatar’s small population and greater dependence on long-term gas contracts leaves it less exposed to oil price slides than some of its neighbours, hydrocarbon revenue accounts for close to 40 per cent of the national accounts. This has prompted the government to reduce its 2016 budget by about 8 per cent compared to the previous fiscal year and implement a series of spending cuts.

Back in 2014, Bloomberg reported that the Qatari government had reduced the number of stadiums it had planned to build for the World Cup from 12 to eight as costs spiralled.

“Given the prolonged nature of the current oil price slump, we can expect to see a sustained period of restructuring within the country, with a spotlight likely to be firmly placed upon the 2022 World Cup and its related developments," said Matthew Green, the head of research at CBRE’s Dubai office.

“While streamlining of the event facilities has already ­taken place, it appears that this process will be continued as addi­tional cost-saving measures are sought amid widespread spending cuts."

Spurred on by a prosperous economy, rising office rents and the prospect of hosting the World Cup in 2022, developers in Qatar had been building fev­erishly for the past few years.

CBRE estimates that for office space alone, about 1.7 million square metres is due to come on to the market over the next 24 months – about 32 per cent of the current 5.3 million sq metres of total office stock.

“Softening of office rentals and rising vacancy rates are seen to be an inevitable outcome of the combined effects of robust supply growth and weaker demand levels," Mr Green added.

“The multiplier effect of pot­ential job losses or a reduction in investment plans would ­likely be sizeable given the large share of oil-related revenue within the country’s national accounts, and as the major fund sources for auxiliary com­panies.

“Hence, a contraction in real estate demand across all property sectors is likely, albeit at a varying degree of severity," he said.

Despite the economic gloom, housing rents in Doha continued to increase, rising 7 per cent last year – although this compared with a 14 per cent annual increase in 2014.

JLL this year warned that governments across the region were likely to rein in spending.

“While we remain positive on the long-term outlook for real estate markets across the region, there is little doubt that the rebalancing of the fiscal posi­tion will result in headwinds and challenges over the next 12 months," said Craig Plumb, the head of research at JLL’s Dubai office.

“While governments continue to spend on development and infrastructure projects, the level of this spending will inevitably be curtailed over the medium term as spending needs are realigned with the reality of lower oil revenue." (Source)