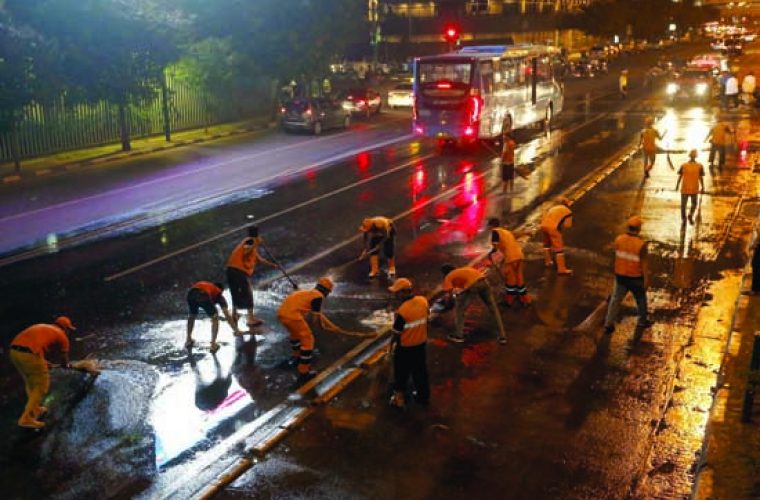 Qatar condemned blasts that targeted a commercial centre and the fire exchange in the Indonesian capital of Jakarta, that left seven people dead and several injured.

In a statement yesterday, the Foreign Ministry denounced the criminal acts that in no way belong to humanitarian values, and represent an assault on innocents and civilians,.

It reaffirmed Qatar’s condemnation of violence and terrorism in all its forms and manifestations, whatever its source or motivation are.

The ministry expressed Qatar’s condolences to the families of the victims and the Indonesian government and people, wishing the injured a speedy recovery.

Islamic State (IS) said it was behind the attack by suicide bombers and gunmen in the heart of Jakarta, the first time the radical group has targeted the world’s most populous Muslim nation.

Seven people were killed in multiple blasts and a gunfight, five of them attackers. It took security forces about three hours to end the attack near a Starbucks cafe and Sarinah’s, Jakarta’s oldest department store.

An Indonesian and a Canadian were killed and 20 people, including an Algerian, Austrian, German and Dutchman, were wounded.

“A group of soldiers of the caliphate in Indonesia targeted a gathering from the crusader alliance that fights the IS in Jakarta,” the group said in a statement, adding 15 people were killed.

Jakarta’s police chief Tito Karnavian said: “ISIS is behind this attack definitely,” using a common acronym for IS, and named an Indonesian militant called Bahrun Naim as the plotter. Police believe he is in the Syrian city of Raqqa. Police responded in force within minutes. Black armoured cars reached the cafe and sniper teams were deployed around the neighbourhood as helicopters buzzed overhead.

Karnavian said one man entered the cafe and blew himself up, wounding many people inside. As people poured out, two waiting gunmen opened fire on them and two militants attacked a police traffic post nearby, using what Karnavian described as hand grenade-like bombs.

Speaking in London, US Secretary of State John Kerry condemned the attack. “There is nothing in any act of terror that offers anything but death and destruction. And so we stand together, all of us, united in our efforts to eliminate those who choose terror,” he said.

Harits Abu Ulya, a expert on militancy who knows Naim, said he expected more attacks. “This is an indication that he has been learning from the Paris attacks and has studied the strategy. I have doubts about the capability of the local militants to carry out attacks on a bigger scale. But it is a possibility.”

The US embassy in Jakarta said it will remain closed today as a precaution. The embassy will remain open for emergency services, it said in a statement on its website. “Further incidents are possible. As the security situation remains fluid, US citizens are advised to avoid Sari Pan Pacific Hotel and Sarinah Plaza on Jalan Thamrin and defer all non-essential travel in the city.”