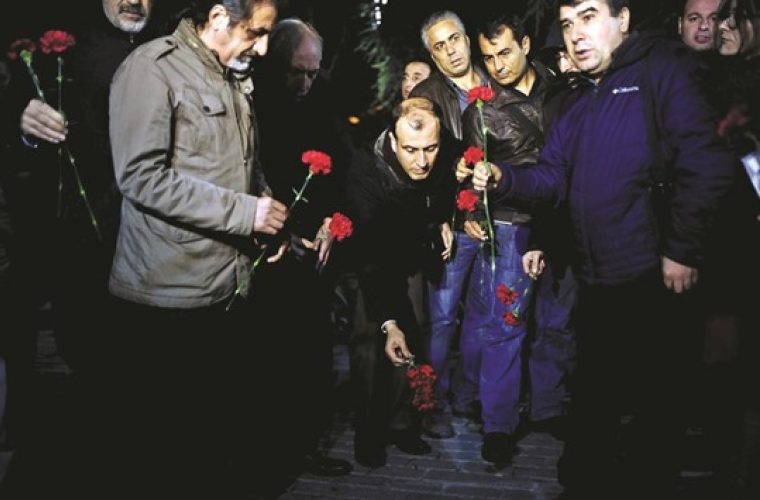 Qatar strongly condemned the explosion which took place in Istanbul yesterday, killing and injuring many people.
In a statement issued yesterday, Qatar’s Ministry of Foreign Affairs said such criminal acts, “which aim at shaking the security and stability of Turkey, terrorising peaceful civilians and killing innocent people, violate all values, ethics, humanitarian principles and heavenly doctrines”.
The ministry stressed the need for solidarity to denounce violence and reject terrorism in all its forms and manifestations regardless of its motives and causes.
The ministry confirmed “Qatar’s solidarity with the brotherly Turkish Republic and its people in the confrontation of criminal acts and support to all the measure it takes to maintain its security and stability”.
The statement expressed “Qatar’s condolences to the Turkish government, people and families of the victims who fell due to this heinous crime”, wishing the injured an early recovery.
The explosion, thought to be set off by a Syrian suicide bomber, ripped through Istanbul’s historic Sultanahmet district, near the Blue Mosque and Hagia Sophia - major tourist sites in the centre of one of the world’s most visited cities. At least 10 people lost their lives.
All of those killed were foreigners, Prime Minister Ahmet Davutoglu said. A senior Turkish official said nine were German, while Peru’s foreign ministry said a Peruvian man also died.
Deputy Prime Minister Numan Kurtulmus said the bomber was believed to have recently entered Turkey from Syria but was not on Turkey’s watch list of suspected militants. He said earlier that the bomber had been identified from body parts at the scene and was thought to be a Syrian born in 1988.
Davutoglu said he had spoken by phone with German Chancellor Angela Merkel to offer condolences and vowed Turkey’s fight against the Islamic State (IS) militant group, at home and as part of the US-led coalition, would continue.
“Until we wipe out Daesh, Turkey will continue its fight at home and with coalition forces,” he said in comments broadcast live on television, using an Arabic name for Islamic State. He vowed to hunt down and punish those linked to the bomber.
Merkel similarly vowed no respite in the fight against international terrorism, telling a news conference in Berlin: “The terrorists are the enemies of all free people ... of all humanity, be it in Syria, Turkey, France or Germany”.
There was no immediate claim of responsibility.
Several bodies lay on the ground in the square, also known as the Hippodrome of Constantinople, in the immediate aftermath of the blast. It was not densely packed at the time of the explosion, according to a police officer working there, but small groups of tourists had been wandering around.
“This incident has once again shown that as a nation we should act as one heart, one body in the fight against terror. Turkey’s determined and principled stance in the fight against terrorism will continue to the end,” President Recep Tayyip Erdogan told a lunch for Turkish ambassadors in Ankara.
Norway’s foreign ministry said one Norwegian man was injured and was being treated in hospital.
The White House condemned the “heinous attack” and pledged solidarity with Nato ally Turkey against terrorism. UN Secretary Ban Ki-moon said he hoped those responsible for “this despicable crime” were swiftly brought to justice.
Turkey, a candidate for accession to the European Union, is part of the US-led coalition against Islamic State fighters who have seized territory in neighbouring Syria and Iraq, some of it directly abutting Turkey.
The dull thud of yesterday’s blast was heard in districts of Istanbul several kilometres away, residents said. Television footage showed a police car which appeared to have been overturned by the force of the blast.