PHOTOS: The Milky Way galaxy, as seen from Qatar 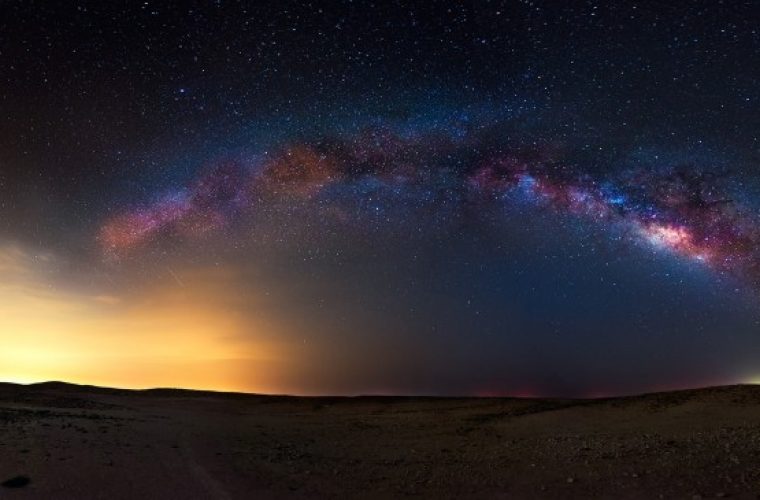 On his Facebook page, Iqbal explains that his photos are compiled from multiple shots of the sky taken that night. He writes:

“On the midnight of Wednesday (April 2, 2014) at 12am, I just went out to see the sky and it looked good, although there were some clouds but overall it was a clear sky with decent visibility despite some moisture in the air. A dear friend of mine who happens to be a hobbyist astronomer was coming to Doha from Al Dafna and called me the same night to ask if we could go out hunting for Milky Way…

Two hours later and about 100km away from Doha city beyond a small valley of Al-Aamiriyah, me and my friend found a promising spot for capturing the Milky Way.”

He added in response to a comment that his precise location was some 10 km past a valley by the name of Al Aamiriah, on the way to the Saudi border. 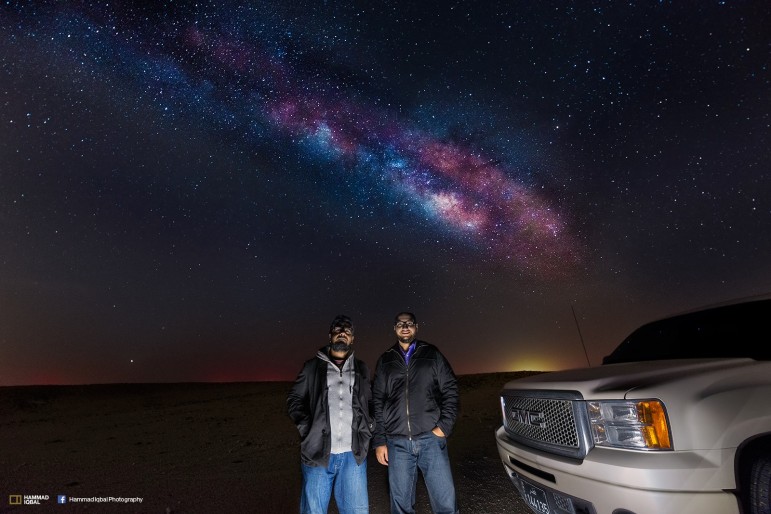 Speaking to Doha News, Iqbal offered these tips to others who wish to see the galaxy for themselves: