One killed in Sheehaniya camp fire 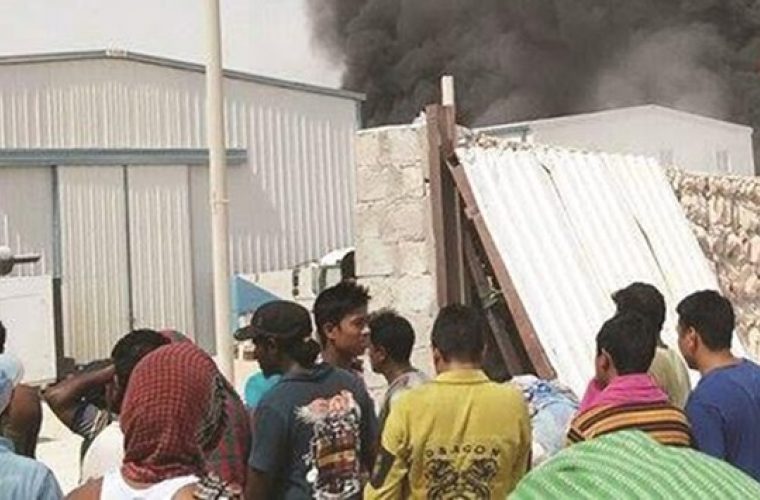 An Indian expatriate man was killed and a Bangladeshi man injured when a massive fire broke out in the accommodation of a leading construction firm on the outskirts of the western township of Al Sheehaniya, at least 25km from Doha.

The deceased has been identified as Mohamed Fayaz Sheikh (35) from the northern Indian state of Uttar Pradesh. The fire was reported in the three hours of when most inmates were fast asleep.

The body of the victim was moved to a hospital mortuary. Inquiries found there were similar fires in the workers accommodations in the area in the last two years. Of them, one was an extensive blaze that caused severe damage to one of the camps, resulting in massive losses to the belongings of the inmates.

In recent years, a number of firms have moved their workers to camps to Al Sheehaniya owing to relatively lower costs compared to the rates prevailing in the Doha Industrial Area. (Source)