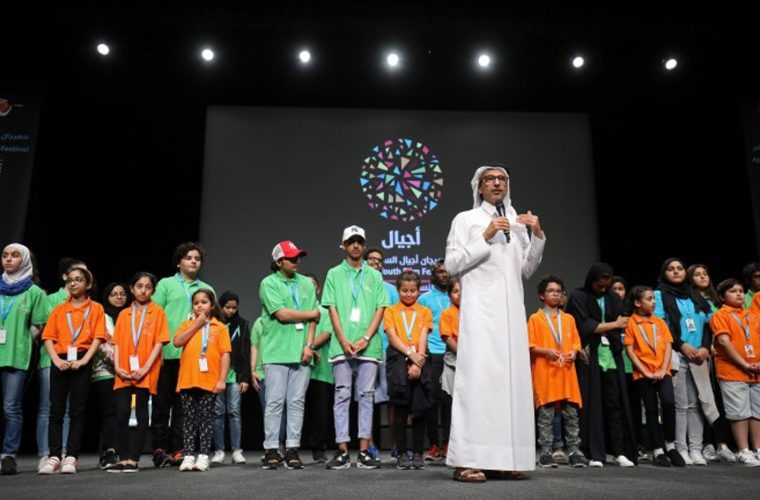 The evening was a demonstration of resilience and solidarity, showing a strong turn-out for the MENA premier of Nora Twomey’s much-anticipated feature animation, The Breadwinner (Canada, Ireland, Luxembourg/2017).

A tale of female empowerment and a celebration of Afghani culture, it was produced by Oscar award-winning actress, Angelina Jolie and is illustrated by award-winning Irish animation studio, the Cartoon Saloon.

Also walking the carpet was 13 year-old Saara Chaudry, the voice of Parvana, the main character in The Breadwinner, who is forced to disguise herself as a boy in order to help her family make ends meet after her teacher father is unfairly imprisoned.

With a good showing of local and international press, the presence of so many local VIPs ensured that the evening, and the festival, got off to an excellent start.

The 5th Ajyal Youth Festival runs from November 29 to December 4 and its compelling slate of 103 films from 43 countries, including 20 feature films and 83 short films, illustrate the ability of storytelling to transcend borders, transform minds and touch hearts. Inspiring to film enthusiasts of all ages, this year’s selection once again demonstrates the power of filmmaking to stimulate discussions about real, globally relevant issues and power and resilience of creativity.