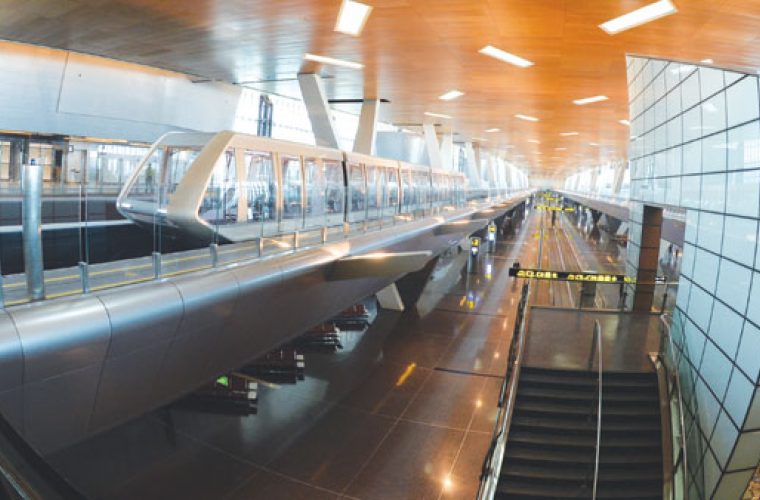 The Hamad International Airport (HIA) is “nearly complete” and remains on track for a “phased opening” by mid this year, Abdul Aziz Mohamed al-Noaimi, chairman of the Steering Committee of the New Doha International Airport (NDIA), announced yesterday.
Al-Noaimi, who is also the chairman of Civil Aviation Authority, was addressing a press conference at the new airport’s passenger terminal complex. He explained how the project was actually achieving goals ahead of its planned target date.
“Despite delays, which were a result of changes requested during construction to expand the project, as well as challenges we faced regarding some contracts, we are on track for a mid-year opening,” he said.
“Through the work of many people, we have overcome the delays, and here today we are witnessing a major achievement of which Qataris will be proud for long years to come.”
Al-Noaimi then explained the reasons why the committee could not give an exact date for the airport’s opening. For instance, work is going on in the Business Lounge, expected to be completed by the main contractor by end of April.
Once the passenger terminal was complete, Qatar Airways would require probably a month to test and train its people, he felt. The contractor would be monitored by the committee throughout this period and only then it could decide on an exact launch date. “In any case, it should be by mid of 2014,” he said.
Although the official did not give the exact amount that had been spent on the massive project up until now, he did say that costs were increasing, but yet the committee did not expect the new airport’s expenditure to exceed above $16bn.
The chairman also clarified that delays to the launch of the new airport were not due to any security or safety reasons.
“We pride ourselves not only on the architectural and engineering achievements but also the exceptional safety report of this project. The lead contractor has completed 527mn man-hours since inception with peak manpower of 47,000, resulting in an accident frequency rate of 0.022. This accomplishment is as impressive as any that you will see today and should be recognised.”
Al-Noaimi said that the past delays had been caused by one of the main contractors who was taken to court. But now apart from some lounges, almost everything at the airport was ready to take off.
The chairman highlighted the positive aspect in the delay of the launch and stressed on the point that when the first phase of the project had been designed, its capacity was estimated at handling 12mn passengers per year. But the new airport that will be launched by mid 2014 will cater to 30mn passengers which previously had been slated for 2015.
The existing Doha International Airport, al-Noimi said, would be used by the Emiri Air Forces and by Gulf Helicopters.
“The opening of Hamad International Airport in the middle of this year will bring to fruition the vision of HH the Father Emir Sheikh Hamad bin Khalifa al-Thani to build a world-class airport supporting the state’s development and prosperity, a vision that HH the Emir Sheikh Tamim bin Hamad al-Thani was eager to complete through his support and guidance,” said al-Noaimi.
Members of the NDIA Steering Committee, including Akbar al-Baker, Nasser al-Ansari, Ali Abdullah al-Abdullah, Mohamed Abdul Kareem al-Meer, Abdullah Khalifa M al-Assiri, Essa Arrar al-Romaihi, Abdullah Jassim al-Meraikhi, and Saad Farhan al-Otaibi, as well as aviation stakeholders, were present The event was held under the theme “Runway to the Future, Gateway to the World.”