National Day events all set for a grand climax 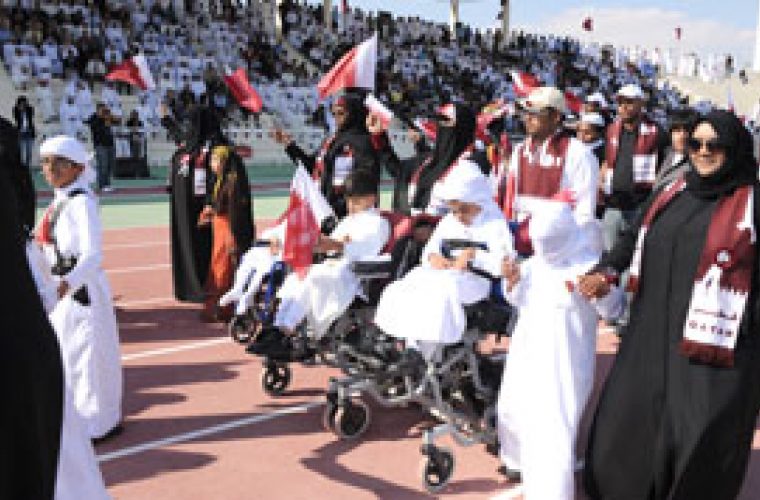 Nationwide celebrations, which began earlier this week to mark Qatar’s National Day, will reach its zenith tomorrow as the organising committee has lined up an array of attractive programmes to make the day an enjoyable and memorable experience for all. Tomorrow (Friday) the programme will be kicked off with a colourful national parade in the morning and end with a spectacular fireworks show in the evening. Children’s games, based on Qatari folklore will be held at the Sheraton Park at the Doha Corniche at 4pm. “National Day is such a wonderful family event,” said a spokesperson of the State National Day Organising Committee. “The SNDCOC members remember our childhood with great fondness and the chance to play games we grew up with will, we hope, appeal to parents and children of all nationalities.” The Doha city’s hotels have also joined in the festivities as the Doha Marriott will be featuring a special brunch on Friday from 12 noon to 3pm in addition to a cake cutting in the hotel’s lobby at 12 noon. Sharq Village and Spa also has prepared for the day special activities and decorations themed with the colours of the national flag. “From the moment guests enter the hotel, they will be greeted by ladies dressed in the traditional ‘nashl’ costume and served coffee in the true sense of Qatari hospitality. “For a memorable experience, guests will be able to have a photo beside the longest flag in Doha. “They will be at one of the best vantage points to view the spectacular fireworks at 8pm tomorrow night along the Corniche.” Six Senses Spa at Sharq Village also announced a National Day Offer with 20% off on all treatments today and tomorrow. Also Qatar Foundation is hosting a public Arda performance tomorrow at 3pm. This traditional Arab folk dance, performed by men, is a well-known and much loved part of Qatar’s heritage. The exciting performance, which takes place in Education City, is part of a number of special National Day celebrations happening in the QF community. The staff and students of Aspire Academy have marked the occasion with some traditional celebrations of their own. Team leaders at the Academy organised a sword dance(ardha), Arabic coffee and a large cake decorated in the colours of the Qatari flag by way of acknowledgement of the day. Qatar University (QU) also celebrated the National Day yesterday with a grand parade at the institution’s football stadium. The parade was a first-time event for the institution. It was planned and orchestrated by 500 QU student volunteers and supported by the Student Activities Department. The parade showcased Qatar’s history from the Ottoman presence and the vision of its various rulers to the foundation era of Sheikh Jassim bin Mohamed al-Thani. The parade ended with the hoisting of the Qatari flag and singing of the national anthem. http://gulf-times.com/site/topics/article.asp?cu_no=2&item_no=332387&version=1&template_id=36&parent_id=16