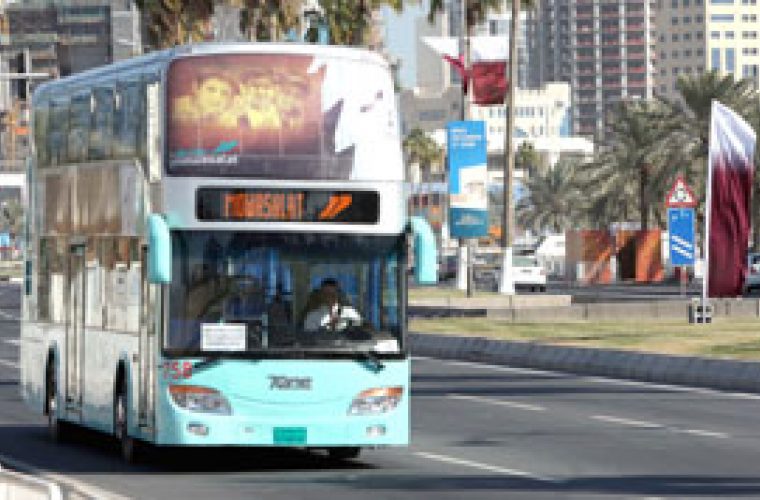 More than 24mn people used the government-run Mowasalat bus service this year, a senior official said. The monthly average passenger traffic is around 2mn, the company’s director of business development Ahmed al-Ansari said. “Between 80,000 and 100,000 passengers are using the service daily. In the weekends, the passenger traffic is at least 10-20% more,” he said. Al-Ansari said the public transport service has made remarkable progress and the number of routes has gone up considerably in the last one year. “We are still in the process of identifying more routes,” for which he sought the public’s co-operation. He said the company welcomes the ideas and proposals from the country’s residents as they would help Mowasalat understand the requirements of the public better. “It is such proposals that helped us operate buses to areas such as as Mesaimeer where several churches and the Barwa residential colony are located,” he said. Al-Ansari urged passengers to help catch drivers indulging in unfair practices such as not issuing tickets. “Sometimes such instances are reported to the company but in most cases, the passengers do not mention the bus number. Once that is also done, it would be easy for the company to catch the errant drivers,” he said. Mowasalat operates about 200 buses a day and in the weekends at least 20% more buses. “During the recent Eid week, Mowasalat operated up to 260 buses a day to meet the additional rush,” said al-Ansari. During the Eid holidays, the number of passengers exceeded 120,000 a day, he said. “Perhaps no other country of the region has witnessed such an enormous growth in its public transport sector as Qatar,” he said. “We started with just about 10 buses in October, 2005 and now have more than 200 buses,” he said. The company director said Mowasalat’s new batch of double-decker buses could arrive “any time from now”. He said people are keen to travel on the routes where such buses are operated including the Wakrah, Mesaieed and City Center sectors. Some of the new buses may also used for sight-seeing by tourists, as is being done in some major European and Asian capitals, he said. Al-Ansari expressed the confidence that the new ticketing software that the company proposes to use would help in increasing its revenues, and Mowasalat would be able to sell more season tickets. “The new software provides better flexibility and has numerous features, including one for issuing season tickets on board,” he said. Once this comes into effect, the company would be able to sell its Faresaver Smartcards through the country’s retailing outlets, he said. The company’s main thrust is to strengthen the public transport system, he said adding once people realised its importance, the roads would have fewer vehicles and traffic would be smoother. http://gulf-times.com/site/topics/article.asp?cu_no=2&item_no=331821&version=1&template_id=36&parent_id=16