ILQ Globetrotter: Why Rotterdam is northern Europe’s epicentre of reinvention 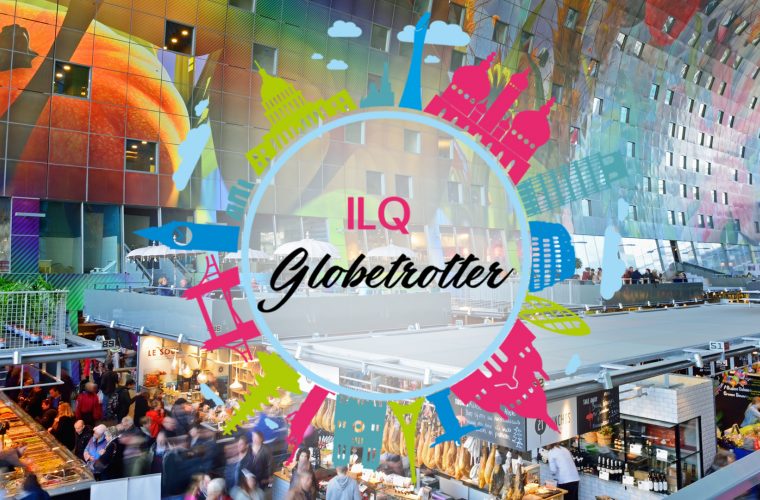 Look at this photo of Rotterdam during WWII. There used to be a city there. A lot of European cities looked like this after the war. But they rebuilt, and thrived. Rotterdam also rebuilt, but it continues to do so, and that is what makes it a city in constant flux – therein lies its fascination.

No, I’m not going to Amsterdam…

While Amsterdam is the Dutch capital, and certainly the most ‘cultured’ city in The Netherlands, what used to be a chasm of culture with Rotterdam – Holland’s ‘second city’, about half the size of Doha – is narrowing by the day.

For me, the most fascinating aspect of Rotterdam – which I’ve revisited maybe 25 times since my first visit in 1999 – is how I’ve been able to see, much like Doha, its evolution.

Through Brutalism to beautiful…

Rebuilding after the war made heavy use of Brutalist architecture and the first time I saw Rotterdam, it looked a little grey despite the blazing summer sunshine.

But the city didn’t make the mistake of ripping down (all of) the old buildings – it renovated and celebrated them.

Rotterdam is just 30mins by train (QR 53) from Amsterdam Airport which sees you arrive at a (new) central station which is an architectural masterpiece in its own right.

OK, so ‘sell’ me Rotterdam then…

The city is home to a slew of attractions, one of the most popular of which – Euromast (QR 40) – is an observation tower from which you can get unparalleled 360-degree views not only of the city, but for dozens of miles of The Netherlands’ famously-flat terrain beyond.

Likewise, the famous and enigmatic Cube Houses are a Rotterdam staple – a collection of about 40 houses tilted through 45-degrees and held up on individual plinths. Curious, fascinating, and (almost) unique. There is a ‘show cube’ to allow you a look inside one of these little marvels of engineering.

Rotterdam is a working city, the largest port in Europe. The ever-popular Spido Harbour Tour (QR 48) takes you onto the River Maas for a 75-minute voyage, featuring commentary about city landmarks and history. It gives you a real ‘feel’ for the city, and is worth the money.

Art, and then sustenance…

Art lovers are catered for by (among numerous other galleries) the Kunsthal, a flexible set of exhibition halls which, unusually, house no permanent collections, instead showing a variety of installations: mainly modern art and popular culture. The attraction here is that, very much like the city itself, what’s on display is constantly changing.

Rotterdam’s public transport is superb, but on a nice day you can walk anywhere central. Euromast and the Kunsthal are both a little out of town, so get a tram, but back in the city centre and any appetite you have worked up can be sated by a visit to the impressive Markthal, a giant ‘n’-shaped indoor market which houses a huge array (100+) of restaurants and specialty shops. Just about every cuisine on earth can be found here. Take your pick from street food to a sit-down three-course meal.

In the heart of the city centre, the Maritime Museum (QR 47) is worth a look, especially when one bears in mind that Rotterdam is a port town. This museum was refurbished a couple of years ago and is all the better for it. Well worth the money.

(It's big, nhow - The Erasmusbrug (l) and De Rotterdam (r), the largest building in The Netherlands and home to my hotel. Photo credit: Rotterdam Partners)

Reach for the sky…

Something new in the city is the introduction of ‘Rotterdam Rooftop Days’, which literally gives the city an extra dimension by allowing access to 40 rooftops both high and low to afford tourists a completely different perspective of their surroundings. Some of the rooftops feature art installations, live music, and suchlike – all for the bargain price of QR 20.

Even taking all of the above into consideration, I’ve only really scratched the surface of what Rotterdam has to offer. Luckily, the city’s online tourist information portal is one of the best I’ve seen and can fill in the blanks that I don’t have the space to. You can also find out about the Rotterdam Card – which combines attraction discounts with unlimited public transport.

If you’re going to The Netherlands for more than just a few nights, you’ll not regret checking out Rotterdam.

Have you experienced Rotterdam? Tell us what your favourite summer travel destinations are in the comments below. Also, don’t forget to give us a like and a share – it keeps us going!