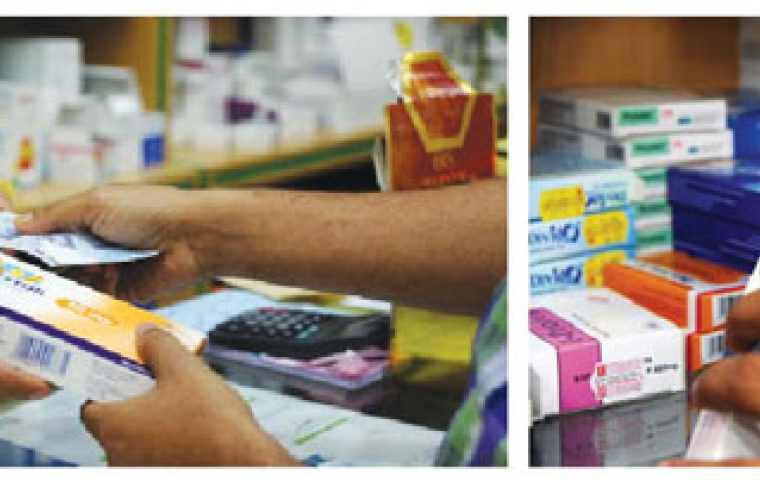 There is growing concern about the high prices of medicines and pharmaceutical products in the country, especially when compared with the prices in other GCC states.

Many people are complaining about the prices remaining high despite steps taken by the Supreme Council of Health (SCH) to reduce and control them.

On social media sites and in Arabic newspapers, people say medicines are much costlier in Qatar that in neighbouring countries, especially Saudi Arabia and the United Arab Emirates.

Some Qatari nationals and expatriates say they buy medicines from the two neighbouring countries since they are much cheaper there than in the local market.

In February, the SCH said that prices of regular medicines for cardiovascular and endocrine diseases would be reduced in the near future. It said it would start fixing the wholesale prices of these medicines, as is done in the other GCC countries.

The move would reduce the prices of regular medicines for cardiovascular and endocrine diseases in Qatar, bringing them closer to prices in other GCC countries, the SCH said.

The GCC plan is aimed at reducing medicine prices and maintaining uniform prices and profit margins. The scheme will be implemented in stages, and the process of arriving at an agreement for uniform pricing may take more than four years.

Dr Qais Al Duwary, undersecretary for public health affairs in the Ministry of Health in Kuwait, speaking recently about Kuwait hosting the 14th meeting of the Gulf committee for medicine price unification, said: “Medicine prices have the priority in our programme, to unify the prices and set marginal profit for all agents and wholesalers in GCC.”

Prices of medicines were last reduced in the local market in 2011. The SCH imposed a price cap on medicines supplied by a leading distributor and prices were reduced by five to 10 percent.

The Permanent Licensing Committee of SCH took this decision based on Article (28) of Law No. (4) of 2011, which stipulates that the competent party, whenever the need arises, and with the assistance of whom it sees fit, may determine the maximum prices of drugs and medical formulations, and their profit margins.

Many are urging implementation of the law and ensuring that medicine suppliers stick to the 20 percent profit margin limit specified by the Permanent Licensing Committee of SCH.

People say that certain medicines are not available at pharmacies run by Hamad Medical Corporation. At private pharmacies, not only are the prices high, but they also vary from one shop to another.

What worries people most are the prices of medicines for bone pain, diabetes, hypertension and cardiovascular diseases, which require long-term treatment.

Speaking to an Arabic daily, Mohamed Al Marri, a Qatari national, said: “Medicine prices in this country are not reasonable. The differences are very high compared to the neighbouring countries. Prices of some medicines in Qatar are double or threefold of what they are in neighbouring markets. Private pharmacy owners are exploiting the demand for some medicines that patients need to take regularly.

“The law should be applied strictly, because medicine prices in Qatar are the highest in the GCC and Arab countries. This is forcing many people to bring medicines from neighbouring countries,” he added.

Some are left wondering at the reason for the high prices of medicines in Qatar.

Jassim Abdullah said: “Medicine prices in Qatar are high, but we don’t know the reason and we don’t see any move taken against this by the authorities. I’m not sure if the reason behind this is a monopoly or lack of awareness. People can forgo luxuries but they can’t live without medicines, especially those who suffer from chronic diseases, like cardiovascular diseases.”

Some have called for mandatory monitoring of medicine prices at private pharmacies.

Nawaf Al Nadahika said: “Medicine prices are making people in Qatar suffer a lot. The government is doing its best to give medicines free or at normal prices at government hospitals. But private pharmacies sell at high prices and prices also vary from one to another.

“This situation has forced many people to bring medicines from neighbouring countries. If this is the situation, the role of the SCH and the consumer protection department in controlling medicine prices arises. They should introduce mandatory regular inspections at private pharmacies.”

Fahul Mohamed, another Arab national, said, “Medicine prices being high in Qatar is one problem, the other is that they are sold at different prices by different pharmacies. This issue has to be taken seriously and the authorities should take firm action against pharmacies that sell medicines at higher prices.”

A commentator on a popular Qatari social media site said: “A doctor prescribed a cream and tablets, and I paid QR560 for two boxes of tablets. The same medicine I bought for AED370 in the UAE.”

Another commentator said that medicine prices in Qatar were double those in the UAE. “I’m using a medicine for the past six months. I buy a packet of the medicine for QR47 here but it costs AED20 in the UAE,” he said.

Some argue that a monopoly in importing and distributing medicines could be a reason for the high medicine prices.

‘’It’s difficult to unify medicine prices because of a monopoly, and it can also be the reason for high prices. Even if the prices are higher by QR10 compared to neighbouring countries, we as consumers have the right to ask why,’’ said a commentator on a social media site.

Some are hoping for early implementation of the unified price system in the GCC countries.

“The SCH has announced a plan to unify prices of medicines for heart diseases with other GCC countries, and I hope this will help reduce prices in Qatar,’’ said a commentator on a social media site.